Introduction of “Pressing in Soccer”

Introduction of the Topic

Defending is not only the responsibility of defenders in today’s modern game. 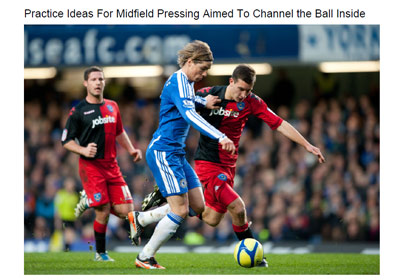 The displayed tactical behaviours have an impact on the entire „defensive strategy“.
However, the system of play is always influenced by players, their individual characteristics as well as their strengths and weaknesses.
The opponent’s system of play is equally important. In which areas are opponents compact?
How do players fill out their respective roles?
These are deciding factors with regards to defensive strategies.
Analysis of different types of playing in relation to the ball from a team tactical perspective.
.
The first question is: What is the preferred strategy of a team when defending.
Should the team defend to actively win the ball or should the team be patient to wait for mistakes of the opposing team?
This is a coach’s decision. This is all about actively winning the ball.
.

The most common type of defending is Pressing. In my opinion, this is all about defending actively to win the ball back.
This ball-winning strategy relies on creating many 2v1 situations. A team should be looking into doubling-up on opponents in this instance.
What to consider with regards to Pressing? 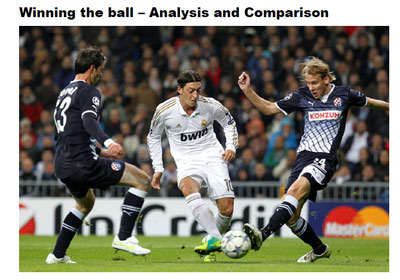 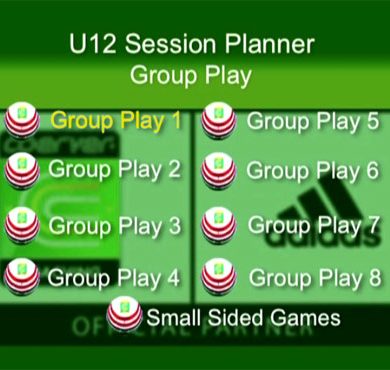