Soccer Passing Drill for 9 to 10 Players

This is an exercise that Tobias Cramer presented at the International Coaches Convention Germany 2019. It’s a passing combination with four variations. You need five dummies or poles, 9 to 10 players and at least 3 balls. 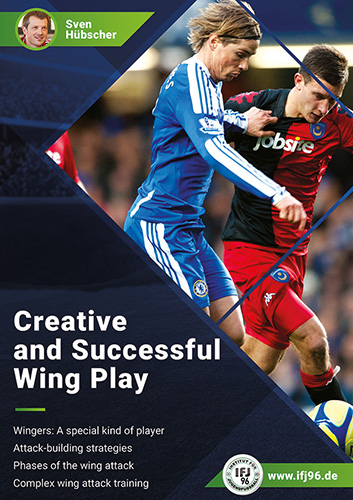 Train players of any age or ability level to develop the perfect wing attack. Perfectly rendered graphics, detailed descriptions and valuable coaching tips will help you understand the practice games and exercises quickly and incorporate them correctly into your own training program. 95 Pages, 76 Exercises, 78 Graphics
Download the eBook!

Pass combination over two sides for 9 to 10 players

In the basic form, the players starts with a strong pass to B who delivers it with two contacts to the next partner, who also has two contacts to pass to the target player D. D then dribbles to start position A. 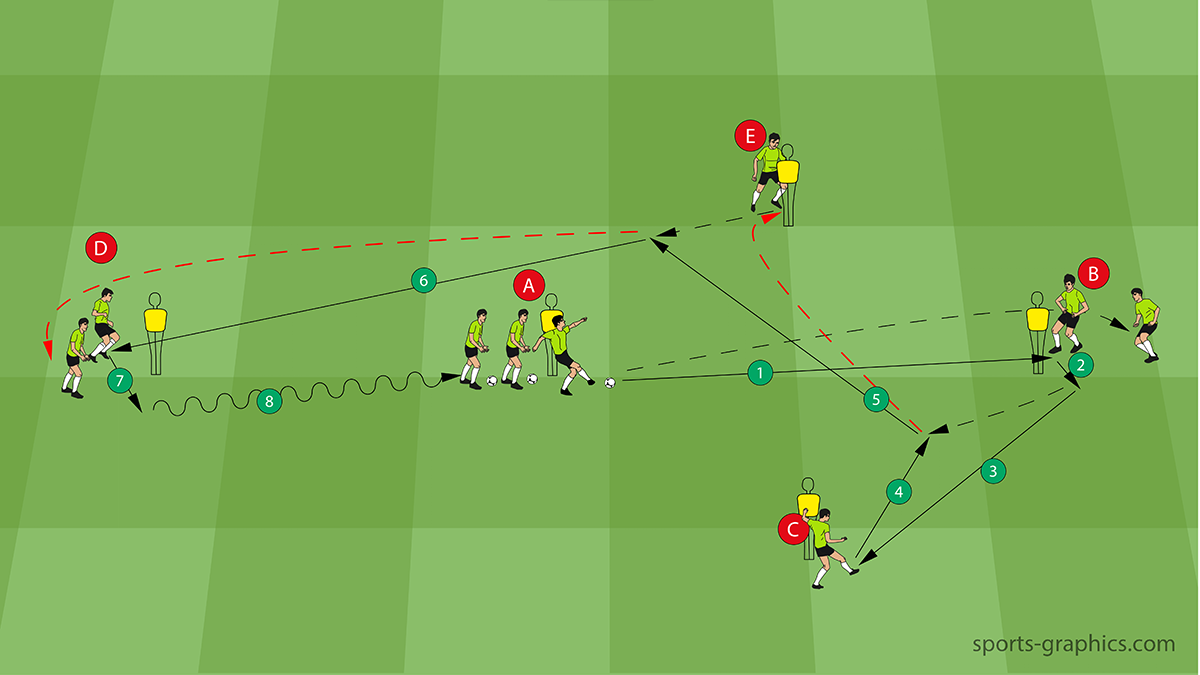 In the first variation, there is a wall pass between B and C before C passes the ball to the target player D. 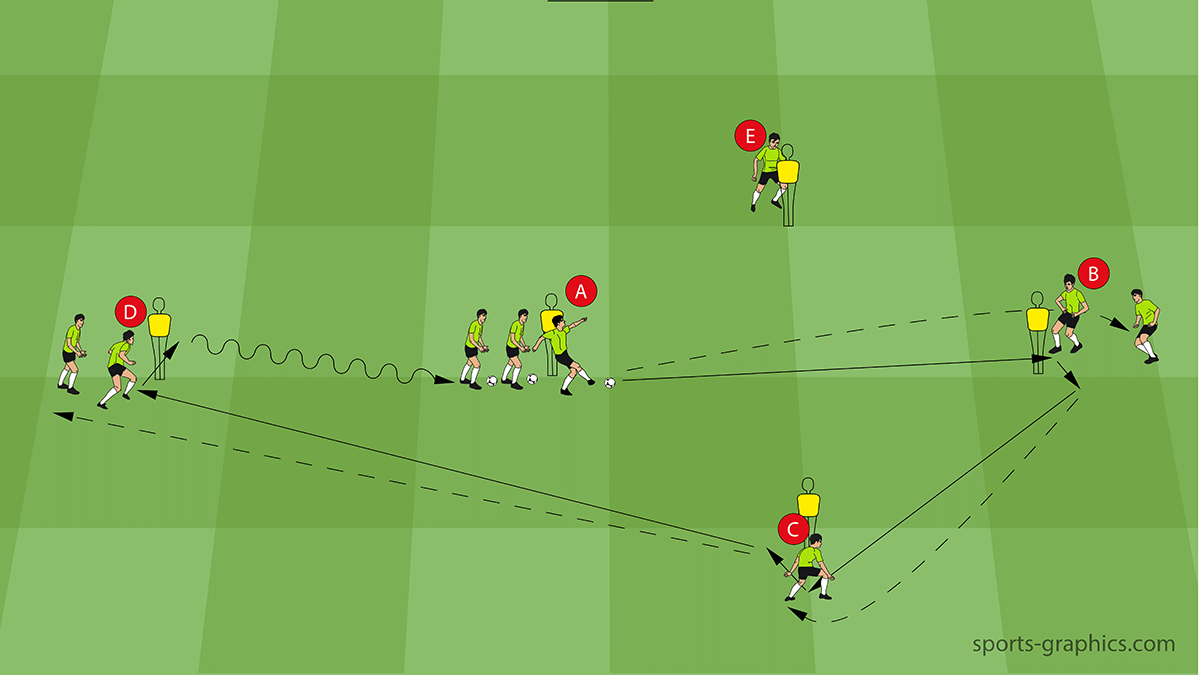 Variation 2: Combination with through passing 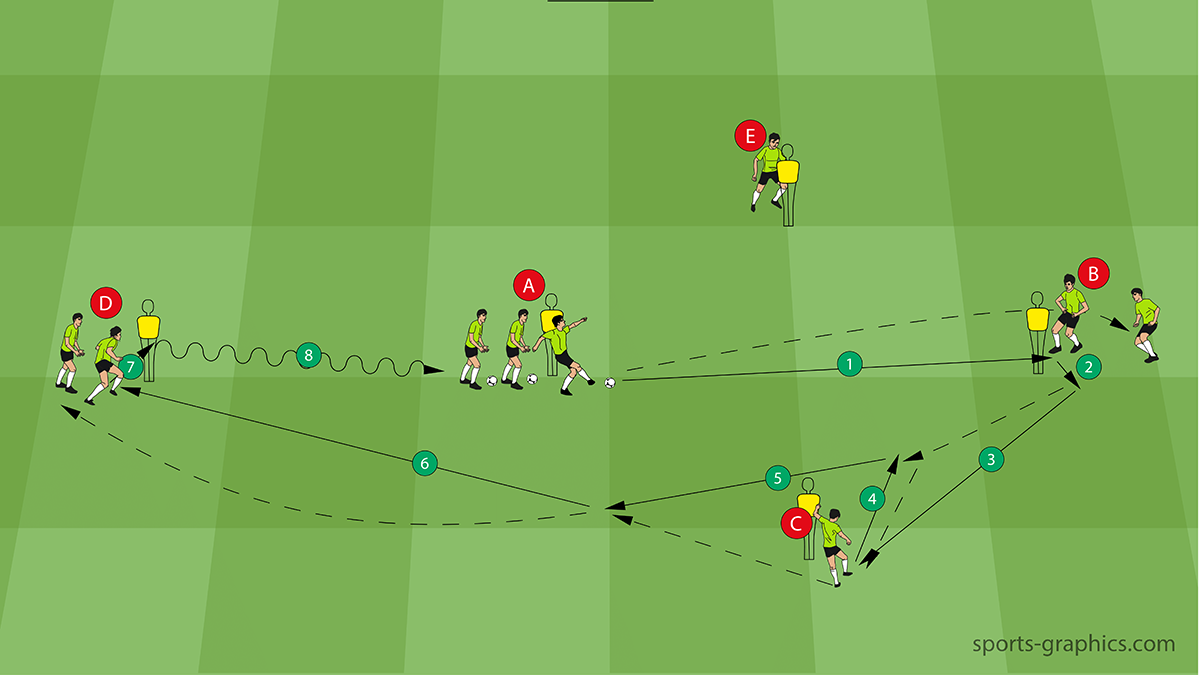 Variation 3: with playing over the third man

In this variation, the players have to focus especially on the running lanes. After a wall pass of B with C, C passes the ball in the space to the third player E. Then he sprints to the vacant position E and shortly after that he receives the next pass. The wall player becomes the next third man. 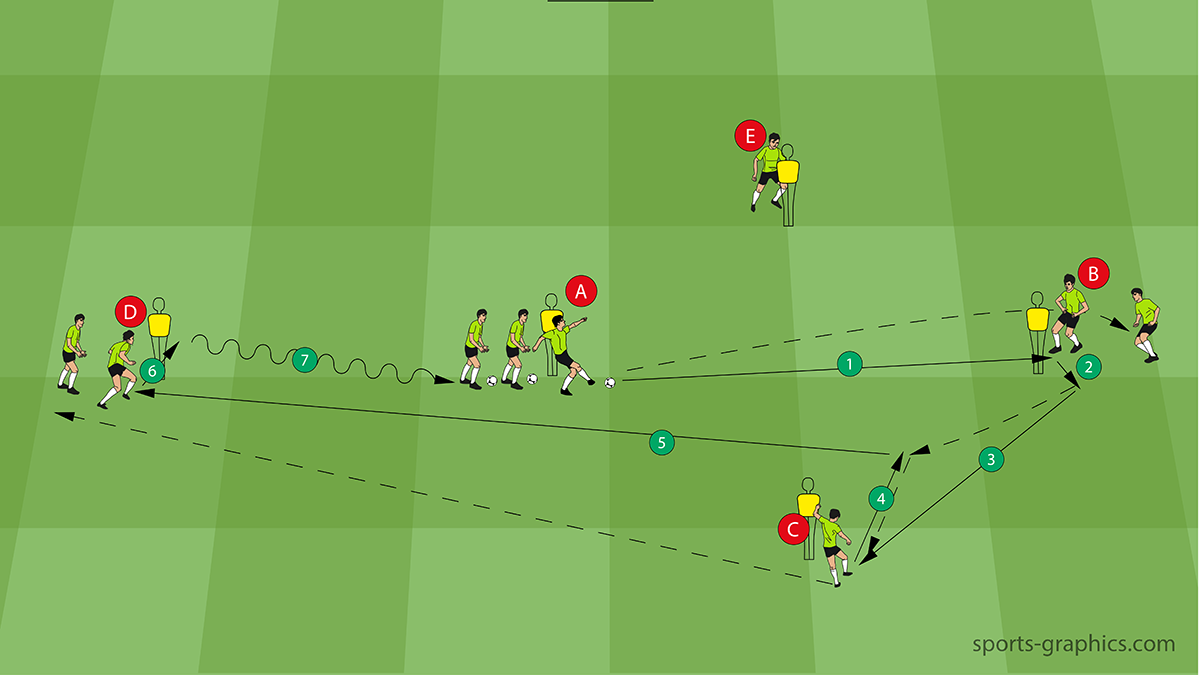 You can find more great passing drills on our website! 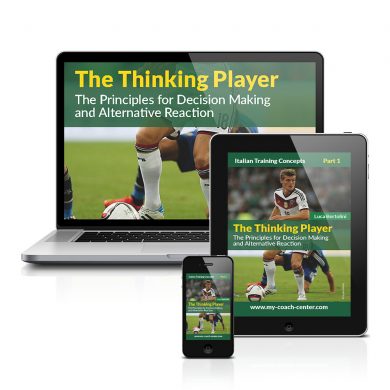