For a coach, exercises and competitions that take place in a circle are easy to manage. With this drill, the players are challenged to find creative solutions to stay in possession of the ball.

The main objectives are an improvement in precise passing under pressure and quick transitioning from defense into offense – the counter attack.

Players will have to switch into defense immediately after losing the ball.

Because players that are positioned outside of the circle, are limited to three passes between themselves. They will have to find a gap within the defense to pass the ball to a teammate positioned in the center. 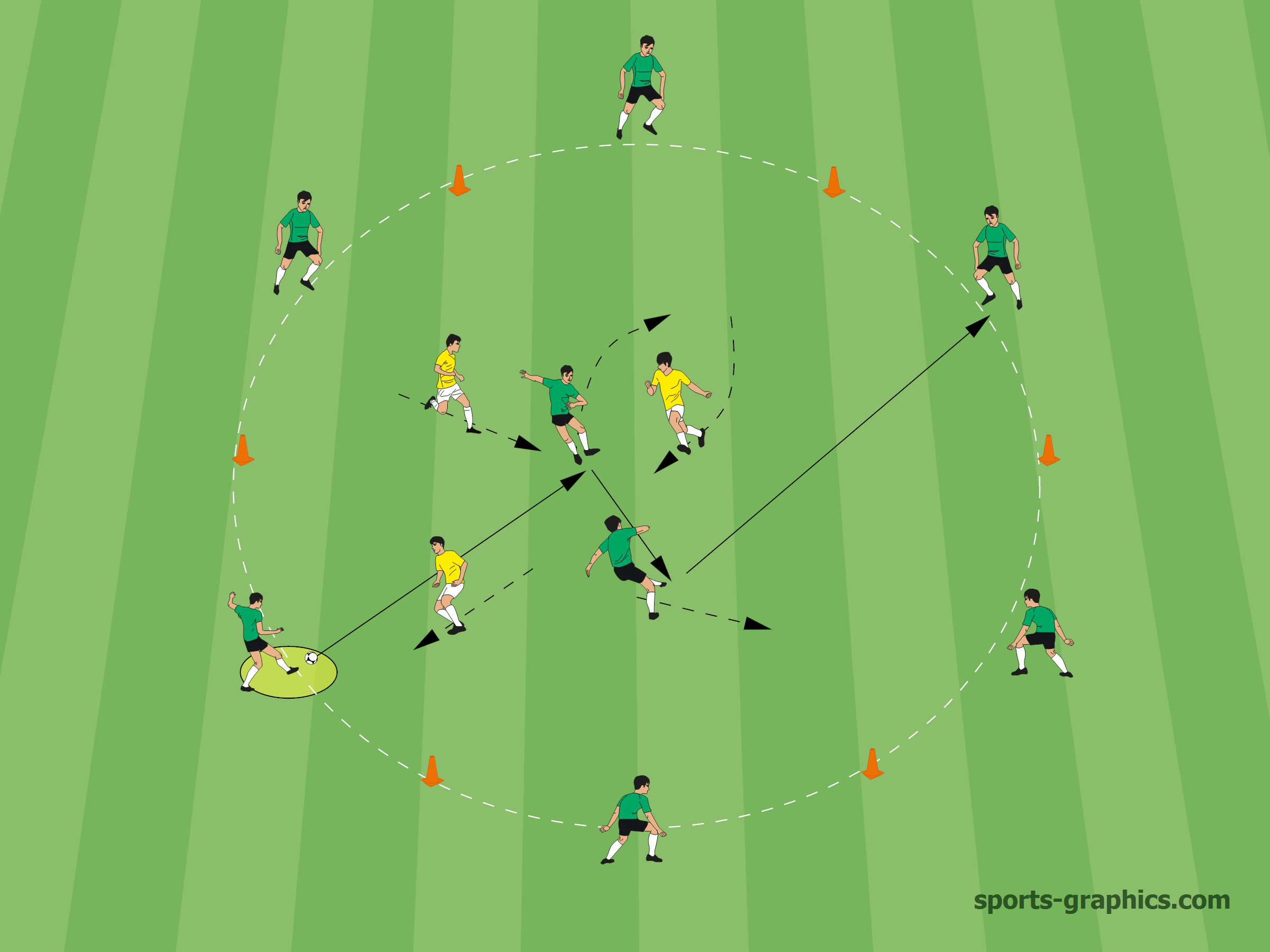 Create a circle (15 to 20 m), six players of the attacking team position outside of the circle. Two players of this team are positioned with three defenders within the circle. 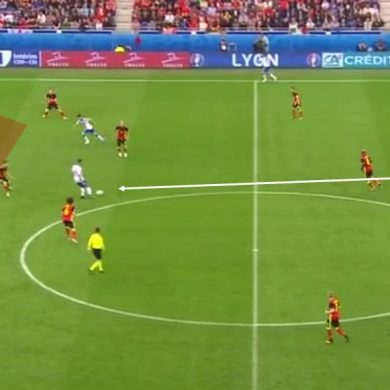