9 motivating soccer drills for kids that are movement intensive, create a fun atmosphere and create experiences which appeal to the children’s imagination!

30 fantastic exercises and competitions for children! Easy to implement, practical and age appropriate. 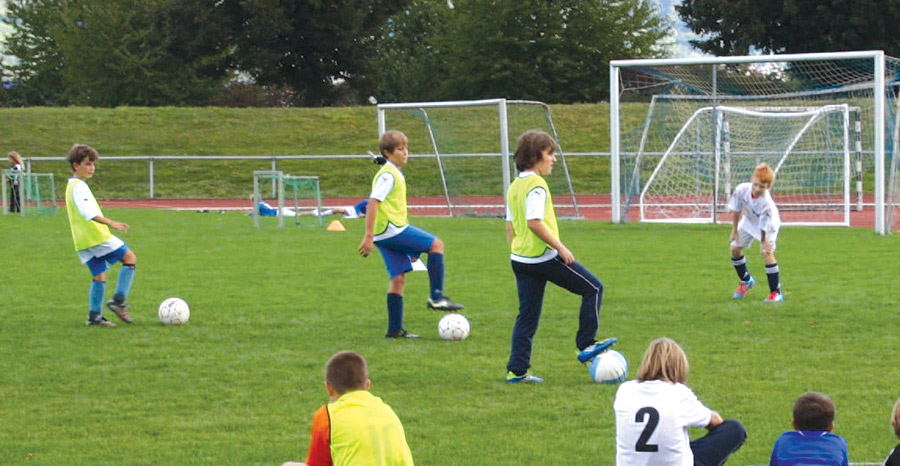 What are “Mini games”?

“Mini games” are motion games with or without device with a simple set of rules that can be started after a few explanations. They often require only a small amount of space, require little material and usually no special skills of the participants. “Mini“ games have no official rules and therefore offer a lot of room for improvisation and variations regarding:

Organization
Playing field: 12m x 12m free in space with cones, 8 rings (always one or two rings more than number of players per team, 7 against 7 or 6 against 6 (depending on the number of players), if necessary duplicate the build up, a softball, series of 3 minutes.

Organization
Depending on the number of players, mark a rectangle freely in space (20m x 20m). Post a further cone 1 meter away behind the outer cap. Each player receives a number, here 1 to 8.

Organization
The players move freely in a limited space of about 20m x 20m. 2-3 players have no ball, the rest dribbles.

Organization
Build a circle (20 meters in diameter) with goals of cones with 2 colors freely in space.

Organization
In a room about 20m x 20m are 2-4 tires less than participating players.

Methodical Hint
The coach should walk around the field and give visual signals so that the players
must always look at him while dribbling so as not to miss the starting signal. So
they learn the dribbling with raised head and perception of the environment.

Assuming the players already master the basics of dribbling, this part is about exercises and small competitions, which puts the kids again and again into learning situations in which they can improve and refine their dribbling techniques.

Drill 06 – Dribbling in the pole forest

Organization
Setup a 25m x 25m square, build in the middle a circle with poles, diameter of the circle 6m, team A and B position opposite each other.

Coaching Tip
The poles are set up in such a way, that players can not walk or dribble straight.

Organization
Form groups of 3 players as shown in the illustration above, each group has a ball, distance of cones 8 to 10 meters, 3 poles in the middle (distance 1m)

Organization
Form groups of 3 players as shown in the illustration above, each group has a ball, distance of cones 8 to 10 meters, 3 poles in the middle (distance 1m).

Organization
In the rectangle 25 x 25m, setup the exercise several times – as in the picture – depending on the group size. The dribble area is located once left and once right (two-footedness), no more than 5 players per team.

We hope you will have as much fun trying these soccer drills with your players as we had creating them! If you would like to know more about practical training for kids and youth-teams, take a look at “Child- and Youth Soccer – Practical Training for U10” with many more drills and games for young players!

30 fantastic exercises and competitions for children! Easy to implement, practical and age appropriate. 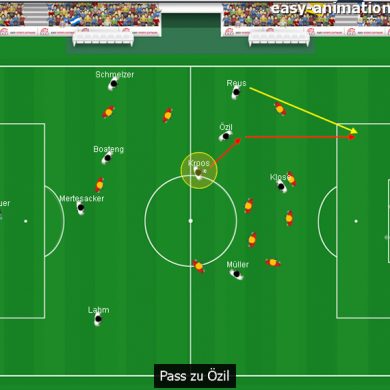