Coaching Soccer Tactics: A Coach’s Guide to the 4-3-3 Discover How To Coach Players in the 4-3-3 Formation and Mirror the High Tempo Offensive Play of Europe’s Top Club Teams, including Barcelona, Chelsea and Arsenal

It’s here! Your comprehensive guide to coaching players in the 4-3-3 formation. This special book, A Coach’s Guide to the 4-3-3, covers everything you need to know about coaching the 4-3-3, including the formation’s development to the forefront of European club soccer, how it is utilized by the world’s best managers and soccer training drills and exercises which will enable your team utilize the 4-3-3 to be more offensive, flexible and difficult to defend against.

The 4-3-3, and its many variations, has become arguably the most popular formation in the modern European club game. Some of the world’s greatest club teams, including Barcelona, Arsenal andChelsea, use it to devastating effect to rip through the center of teams playing a traditional 4-4-2. However, coaching players in the 4-3-3 system is far from easy. It requires an in-depth understanding of the different responsibilities players have in different phases, how to develop intricate triangular passing movements through the midfield and how to train players in the playmaker role in front of the back four.

Whether you’re used to the traditional 4-4-2 and would like to discover how to coach the 4-3-3 or are already using the 4-3-3 and would like to know more about how it’s used by the world’s top coaches, A Coach’s Guide to the 4-3-3 gives you a complete tactical overview of the system. It includes an explanation on how to organize your players, the roles and responsibilities of each position, how it’s used at the highest level of club soccer and how you can coach the 4-3-3, with a comprehensive selection of soccer drills and exercise.

“Look, if I have a triangle in the midfield – Claude Makelele behind and two others just in front – I will always have an advantage against a pure 4-4-2 where the central midfielders are side by side. That’s because I will always have an extra man. It starts with Makelele who is between the lines. If nobody comes to him, he can see the whole pitch and has time.”   Jose Mourinho, Manager Real Madrid

“A comprehensive guide that tells you everything you need to know about coaching 4-3-3 so you can mirror the attacking style of top European club teams, like Barcelona, Chelsea and Arsenal”

The 4-3-3 formation first emerged during the 1962 World Cup when Brazil, under coach Aymore Moreira, used it to slice their way through opponents on their way to claiming soccer’s greatest trophy. This fast attacking style of play then found a home in Holland, with the Dutch famously utilizing it in their 1974 and 1978 World Cup campaigns, along with Dutch club side Ajax, winner of the coveted European Cup.

However, it wasn’t until the 2000s that the 4-3-3 began to replace the traditional 4-4-2 as the formation of choice for many of European soccer’s top club sides. Current Real Madrid manager Jose Mourinho used it to devastating effect when he transitioned this style of play from Porto to Chelsea, winning consecutive Premier League titles and three cups in the process. Opposing teams playing the more rigid 4-4-2 simply couldn’t cope with the sudden changes in play that Chelsea’s 4-3-3 formation allowed.

Similarly, Barcelona under Pep Guardiola utilize the 4-3-3 to weave complex passing triangles that can rapidly turn defense into an attacking movement and suddenly switch the result in their favor. It’s no secret that their use of 4-3-3 is one of the key factors in their triumphant march to winning over a dozen cup and league trophies in four years.

“The methodology and style of play of Guardiola is based on the system that he has learned from Johan Cruyff. Compared to Frank Rijkaard, he gives much more importance to the ball. As coaches, we just changed our emphasis, what has really changed is the work you do while soccer training, which is greater and more complete than those with Rijkaard,” – Paco Sei-rulo, Barcelona’s fitness trainer under Johan Cruyff and Pep Guardiola A Coach’s Guide to the 4-3-3 examines how both these managers have utilized the 4-3-3 along with many of soccer’s other big names, including Luis Enrique, Johan Cruyff and Frank Rijkaard. The book explains how the formation has developed over the decades to the present day to create a more offensive and flexible style that’s hard to defend against and scintillating to watch.

Author of A Coach’s Guide to the 4-3-3 Michele Tossani is a coach and student of the game. Tossani is the author of a number of books including 4-4-2 vs 4-3-3, Zonal Defending the Italian Way, Champion’s League Tactics, Modulo 4-3-2-1 and Analisi Tattica Champions 2002 – 2003. He has also written numerous articles for the popular Italian soccer web site www.allenatore.net.

A Coach’s Guide to the 4-3-3 provides a complete tactical overview of the formation; how it’s used by the world’s top coaches and how you can coach your own players in this attacking, flexible and rapid style of play. Utilizing detailed yet easy to understand diagrams, the book covers the concepts, configurations, mindsets and provides examples for the following aspects of playing 4-3-3:

Formation – An overview of the defensive and attacking 4-3-3 formations, and guidance on which style to adopt depending on your strategy and the capabilities of your team.

Player Responsibilities – The roles players have to act differ greatly from the 4-4-2. In particular, the responsibility of outside backs for covering outside areas and gaining space.

Midfield Trio – How to train the midfield in the teamwork needed to make 4-3-3 effective. The midfield is often the weak area of the formation, so midfielders need to understand their responsibilities for helping the backs and wingers.

Attackers – The role of attackers in preventing counter attacks and how to involve the wingers in the offensive phase.

Defensive Phase – Maintaining balance and closing space are two key principles of the defensive phase. The book provides examples of this in action.

The Czech Way – An analysis of Zeman’s utilisation of 4-3-3 to turn the small town team of Foggia into one of the highest scoring teams in the 1990s.

The 4-3-3 Around Europe – Discover how the formation is utilized today by Europe’s top club teams, including Barcelona and Chelsea

In Depth Look at Offensive Movements – How to make the field seem bigger, in width and depth, to create an imbalance for the rival team.

Transition Phase – How to rapidly switch a defensive move into an attack by swiftly moving the ball upfield, and the responsibilities of attackers to defend if the offence breaks down.

How to Train the 4-3-3 – A complete chapter packed with a wide variety of soccer drills and exercises for improving short passes between midfielders, creating fast moving attacks, running diagonally and drills for developing the playmaker in front of the defense.

The 4-3-3 is used by the most creative, attacking and devastating teams at the top European club level. A Coach’s Guide to the 4-3-3 shows you in depth how the world’s top coaches use it and how you can adopt it to make your own team more offensive and harder to predict. From this book you will gain:

The 4-3-3 is arguably the most popular formation among the top clubs in European club soccer because it enables them to play an exciting style of play that creates more goal scoring opportunities and slices through traditional 4-4-2 opposing sides. A Coach’s Guide to the 4-3-3tells you everything you need to know about how you can utilize 4-3-3 and coach your players to mirror the exciting offensive style of the world’s greatest club teams.

“I’ve always said that Porto had a system base, and has an established pattern that passes by a set of principles governing the tactical organization. The configuration of the team, games, and players, will sometimes force us to reposition the players so it seems as if they are playing another system. But the important thing is that the model does not change, but is becoming stronger and more stable. Regardless of the system, it is important that players act in accordance with our principles to defend and to attack.” – Porto’s former head coach Jesualdo Ferreira

“Playing the 4-3-3 formation requires the creation of space, aggression, temporization, closing and balance. This book shows you how to coach each and every principle”

Playing the 4-3-3 system is an exciting prospect for players and fans alike. But it requires an in depth understanding of the unique responsibilities of players throughout the team, a different mindset depending on the transition of play and an exceptionally high work rate in the midfield. Consequently, there’s a lot for coaches to take on board, both in terms of deciding which tactics to adopt and assessing what the team is capable of.

This makes A Coach’s Guide to the 4-3-3 the perfect coaching guide for adopting an offensive 4-3-3 formation. Yes, it includes soccer drills and exercises to develop the skills and understanding your players will need. But it also outlines, in depth, the strategy and tactics you need to coach 4-3-3 successfully. This book’s extensive analysis of how the top coaches utilize 4-3-3 will enable you to develop a deeper understanding of the formation’s strengths and how you can adapt it to your team’s capabilities and to create a team that’s more offensive, flexible and exhilarating to watch. 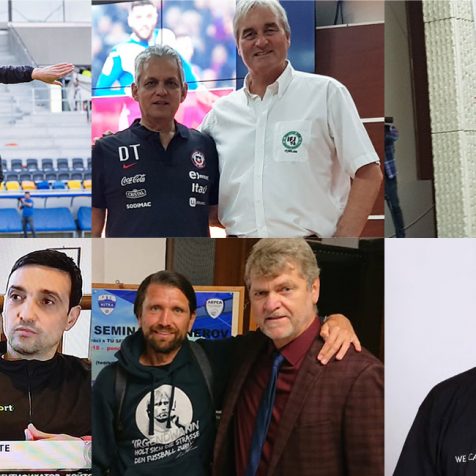