by Ian McClurg, Director of Coaching, 1v1 Excellence in Soccer

“When you do what you have done always, you will never reach any further” (Horst Wein)
Last spring I first came across the name of Horst Wein. The Arsenal manager, Arsene Wenger, had advocated Wein’s teaching development methods for younger players during an interview in 4-4-2 magazine.

Horst Wein is one of soccer’s top mentor of coaches worldwide and an internet search confirmed that he had written a book “Developing youth soccer players”
At the time, I was looking for a new approach to coach younger players at the 1v1 Soccer academy. I had left the provincial program (coaching at the U14/15 level) and wanted to ensure that the development methodology that we used would be successful to develop skilled and intelligent soccer players at the younger age levels.
I was therefore delighted to learn on the Canada Kicks website that Horst Wein would be coming to Canada. Bill Ault has done a great job in launching a new coaching website which will include regular articles from Horst. Therefore, I will not do Horst’s methodology any injustice by trying to articulate his development model within this one short article. However, I will say that we, the coaching community in Canada, need to embrace new ideas and give serious thoughts to how we are currently developing our young players. Time and time again we hear examples of our international players lacking technique, tactical knowledge, speed, strength and the necessary desire. We need to address this situation and provide kids with progressive development training programs that will motivate them to learn and increase their enjoyment of the game.

“It is not sufficient to teach your players well, it’s essential for future successes to prepare them better than others.” (Horst Wein)

As a parent of a seven year old player, what strikes me most about our current programs is that we are teaching young players “an adult game”. Why else, do we put young players on large fields where they have limited touches and are unable to kick the ball far enough to reach distant teammates? What I liked most about Horst’s methods was that they are built around the kids and how they naturally learn. In fact, he utilizes many proven techniques used to teach kids school subjects such as mathematics and languages.

In Horst’s development model the difficulty and complexity of the simplified small-sided game activities are increased to match the natural physical and intellectual development of the players. Kids thrive on competition and on playing tag games (it is what they do) and we know that they have the inability to concentrate for long periods at once.
They get bored from time to time! So why not provide them with variety (something new every 15 minutes) and incorporate competitions and multi-lateral games (tag games) into their training to improve co-ordination? Not necessary new ideas at the youth level. However, what separates Horst’s model from others is the different roles of the coach and the players.

Many Coaches in Canada may have used several of these teaching techniques from time to time. However, have we ever run through an entire session “facilitating” rather than “instructing?”.
Have we ever created situations where the players were allowed to solve their own “soccer problems” by thinking through the best way to succeed and trying different solutions until they “discover” the correct approach?”

Have we ever given the players the responsibility to set up their own drill stations to teach leadership and responsibility?
Have we ever been content to stand back and let the players teach themselves and “coach” each other? “If it’s our desire to triumph in football, we have to look out for new highways of success instead of using always the old bumpy roads of past victories” (interview with H.Wein in “Bangkok Post”-19/9/97)

These are not techniques that I have seen consistently applied within a progressive development model spanning ages 7 -15. However, after watching the response by 10 year olds over 1 ½ days, I can confirm that they work.
Players were led through a series of activities that provided them with a steady progression from 3v3 game situations to a 7v7 game. The most impressive thing from my perspective was seeing the players put into practice, during the 7v7 game, what they had learned in the smaller game activities.
They built attacks from defence, through the midfield and to the forwards by retaining possession, communicating and creating space for themselves. It was a pleasure to watch the players be so confident and enjoying the game. Perhaps we need to stand back, let our players play and let them use their natural intelligence and enthusiasm to “discover” the best way to play.
In summary, the Horst Wein weekend was a time to ponder and ask why we have players before the age of 14 playing competitive 11v11 soccer on full-fields. Are we catering to the needs of our youth or to the demands of parents and the sport’s administrators?
Even if young players want to play 11v11 at an early age, then why are we letting them?
As Horst pointed out “….you wouldn’t give a 10 year old the keys to your car, they are not ready.”

We seem to lack a common vision and a clear understanding of the strengths and weaknesses of the current Canadian players. What are the common development problems that all our young players are facing and what are we doing to address these?
Many of the provinces, academies and clubs are addressing some or several of these issues – but only in isolation. We need a common strategy and action plan so that we can all make progress as a nation. It is generally understood that successful player development programs require at least 10 years before success can be clearly demonstrated.
Therefore, we should start now and if we do not have our own model, perhaps we adopt Horst Wein’s?
It is one that many of the top clubs and federations in the world are currently adopting. Can we afford not too?
Horst Wein will hopefully be back in Canada next April.
Go see his teaching methods for yourself, you will not be disappointed!

In football an ounce of intelligence is worth more than a pound of muscles.
This DVD covers in different topics one of the most important aspects in the game of football, the game intelligence. 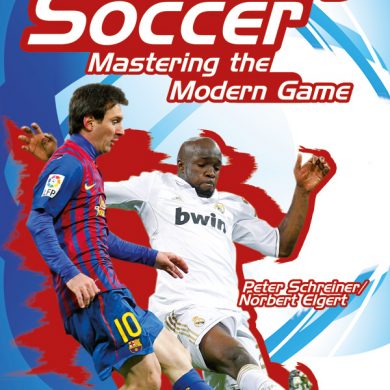