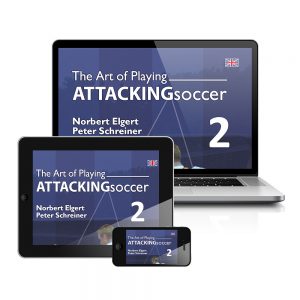 More than 80 % of all goals are scored after less than 5 passes.

How do we organize varied and complex training forms?
How do you train “throug paasing” or “crossing in front of the back four?”
And how do you use spaces? How do you get players under pressure of time and precision? See interesting training forms with different technical and tactical focus. You also get tips and suggestions on the necessary corrections.

One-Touch Passing in a Square

The Art of Attacking Soccer 2

Basic Drill, Including Running with the Ball