3 Great Soccer Drills for U10 Players

Today we will take a look at three great warm up soccer drills for U10 teams. All three exercises are easy to organize and do not overwhelm the players with to many instructions!

Should the Kids Do Exercises or Play Games?

In order to get children up to the age of 12 used to training, mini games are
certainly the best option. However, warm-up exercises are also justified if they
are used sensibly and in a dosed manner.

When organizing warm-up exercises, the coach should pay attention to the following points:

Do not overwhelm your players with too many instructions. Give them a helpful feedback and organize correction exercises – Horst Wein 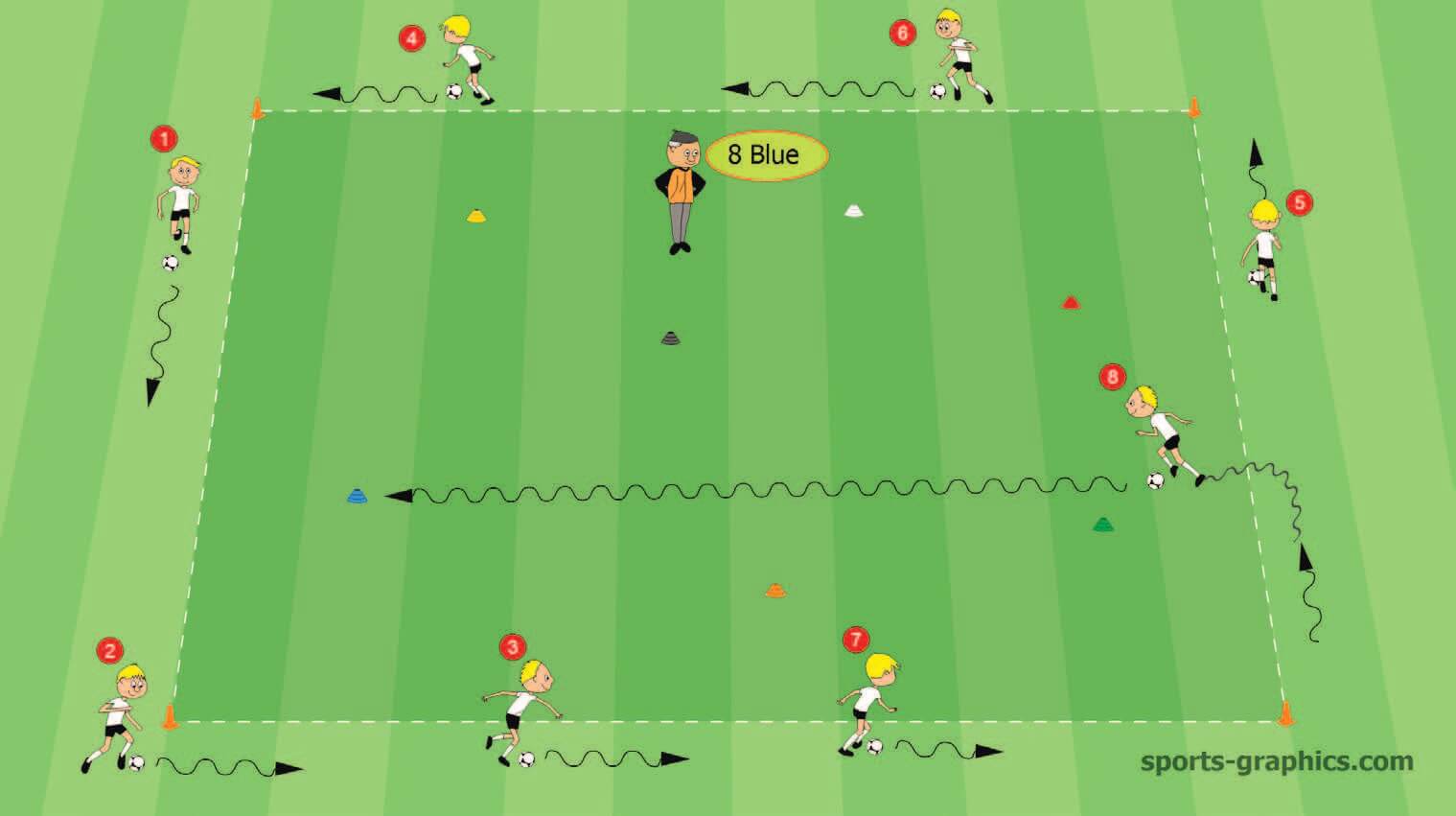 In a field of 20m x 25m, set up different colored cones freely in space. The coach
gives each player a number.

Every color has its own task

Wall Play in an Eight 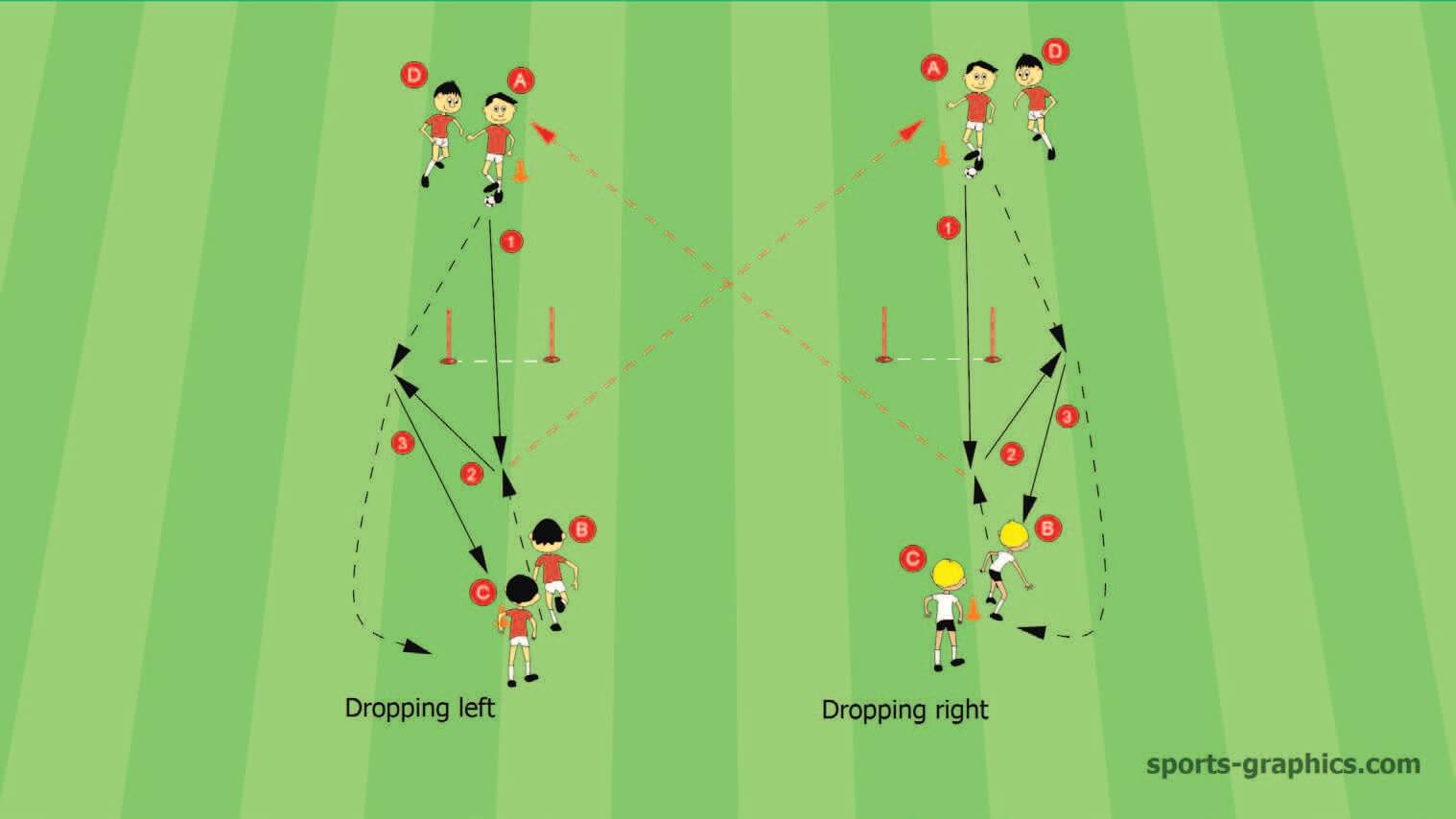 Build a square with cones 10-12 meters apart and in the middle a gate (distance 2
meters). Form 4 groups, two groups face each other respectively, 12 players max. 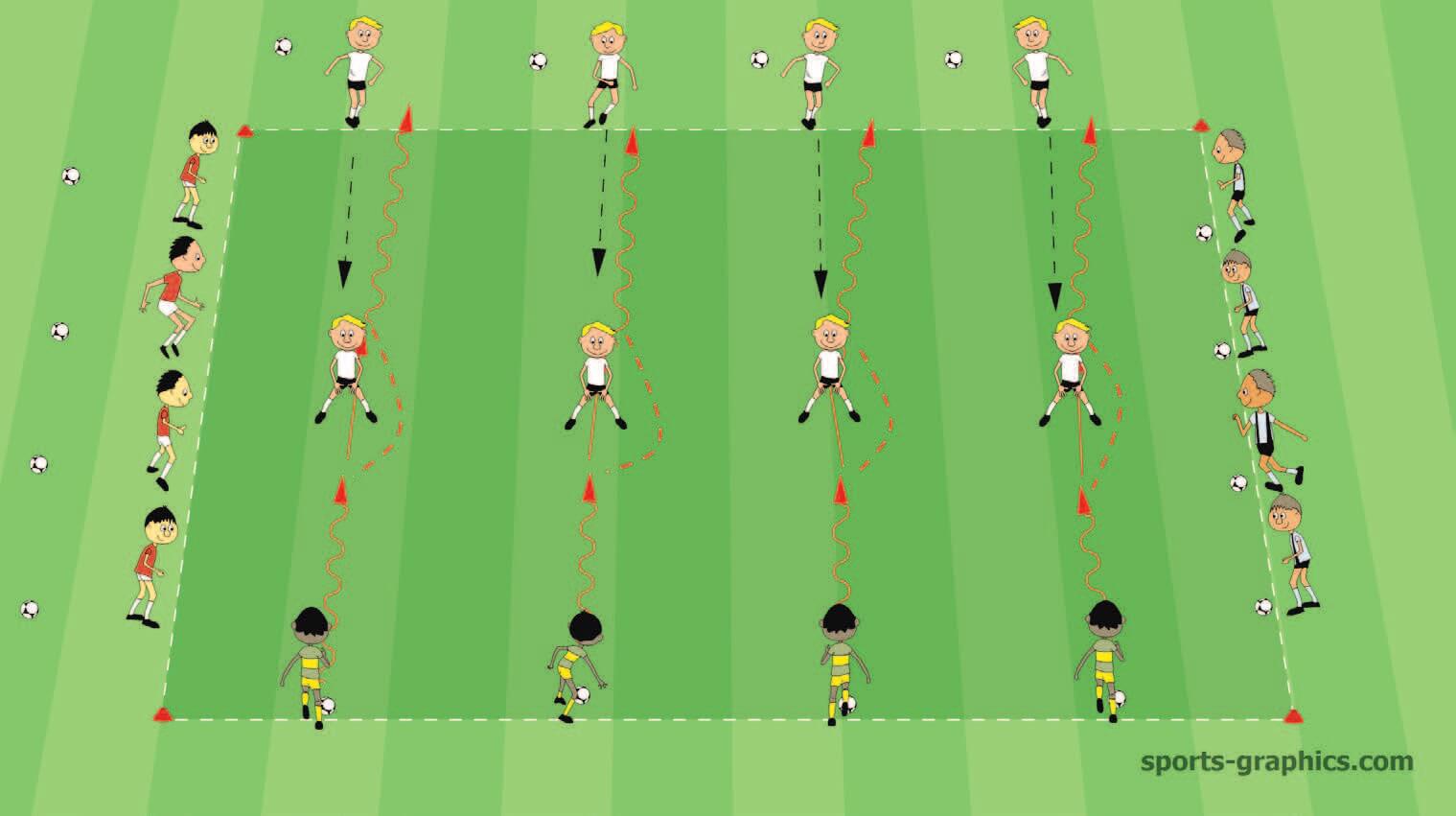 That concludes our list of three soccer drills for U10 teams. We hope you will enjoy trying some of these out with your team! 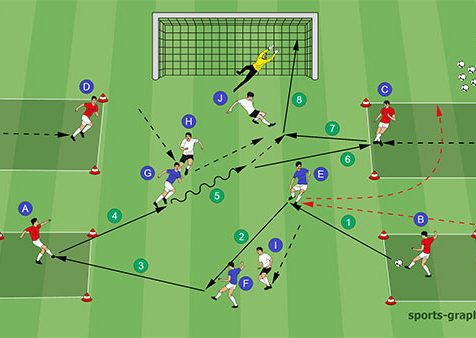