350 SMART AND PRACTICAL GAMES AND DRILLS TO FORM INTELLIGENT PLAYERS– FOR ADVANCED LEVELS.

Chasing and Capturing includes training exercises to improve individual and group tactical defensive behavior with the goal of winning the ball, and with offensive transition actions. Here emphasis is placed on facilitating a basic attitude and mentality.
This basic active defensive attitude includes the permanent chasing and confronting of the opponent, applying constant pressure on the player in possession, and ﬁnally the objective of touching the ball and getting it under one’s own control.
Players must have passion, dedication, assertiveness, and toughness in tackles. Beyond that players should act as a group, coordinate with each other, and use intensive pressing as the situation demands.
Mutual assistance via coaching and communication as to the start of pressing must be clearly deﬁned and can depend on the opponents and correspondingly designated pressing victims, bad ball handling, or closed body position.
A successful ball capture is followed by follow-up actions like dribbling, passing, or shots on goal and corresponding transitions to create scoring opportunities on offense, or safeguarding the ball within their own ranks on defense.

The training exercises include versatile games of catch and ball-capturing games with different superior and inferior number ratios. This requires ﬂeet-footed running movements with intensive sprinting, different directional changes, and situation-appropriate running feints.
Within the scope of these catching and capturing games, winning the ball is further organized based on opening techniques in the form of passing combinations, dribbling, ﬁnishing, and provoked turnovers. 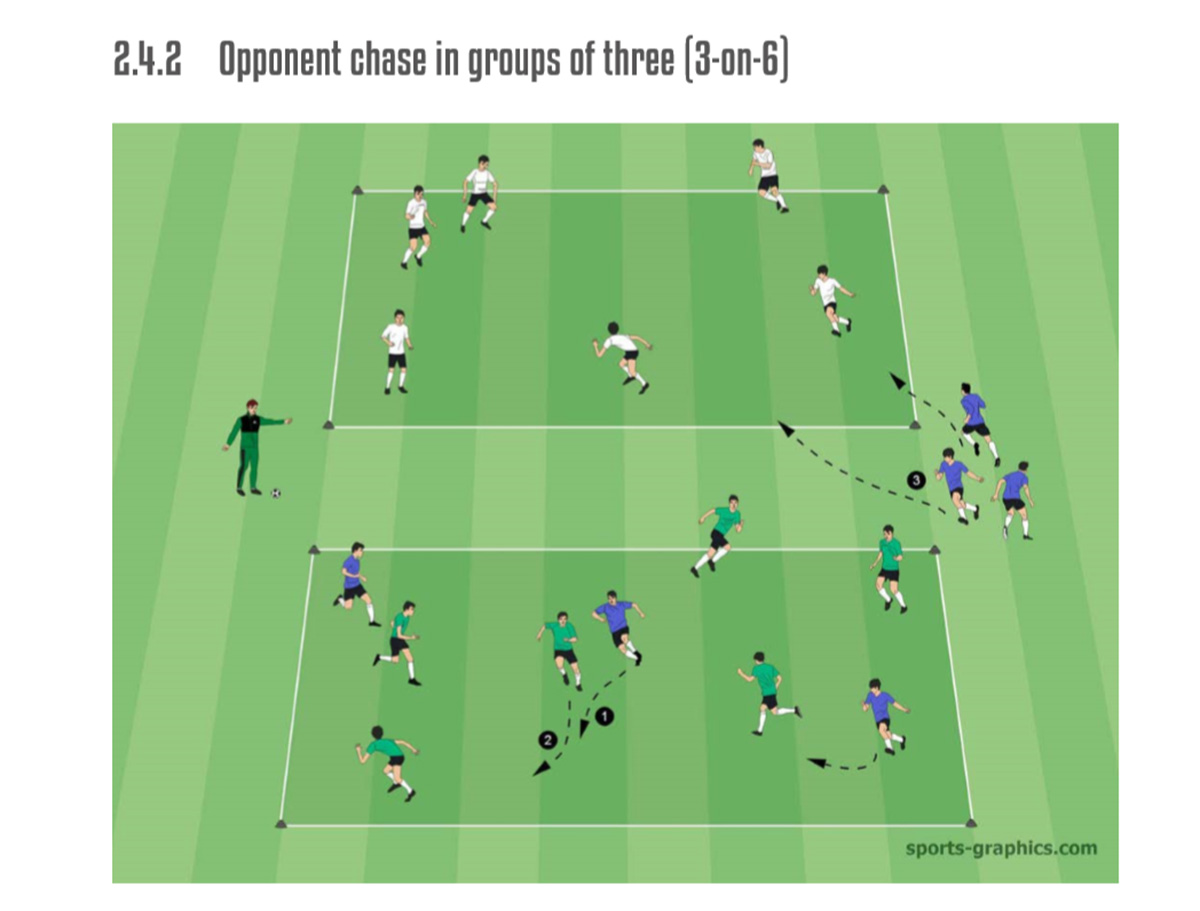 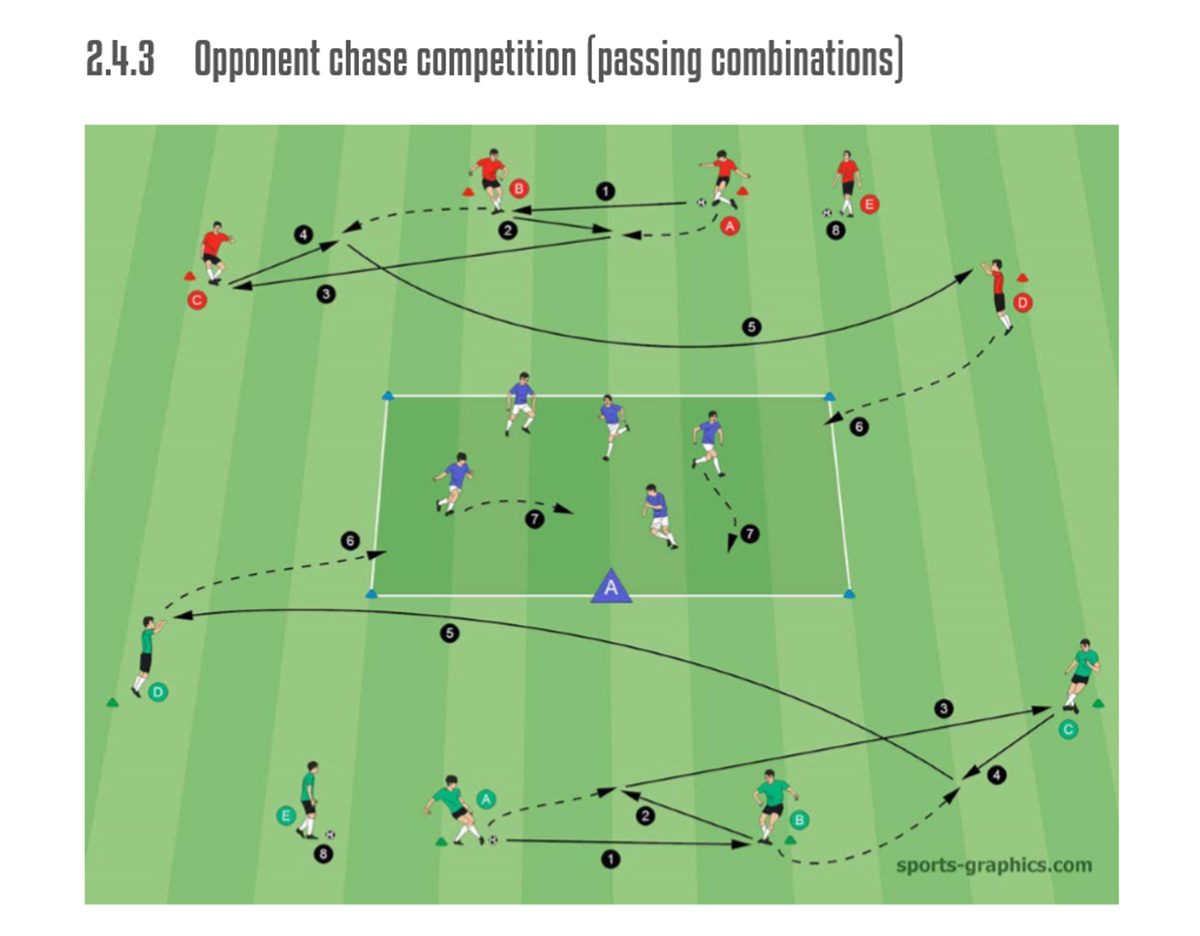 Variation
Compete while dribbling with ball at foot (player D and player from BLUE team with own ball). 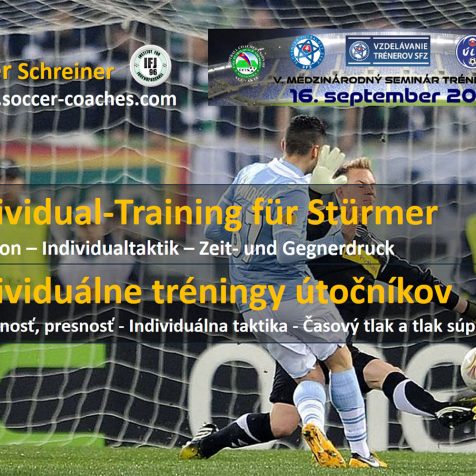