84 coaches came to Teresopolis (near Rio de Janeiro) for the A license course at the training center of the Brazilian football association. Because of the large number of registrations, there were two parallel groups. Peter Schreiner initially taught group 1 for two days and then switched to group 2 with similar content. In the two daily theory and two practical units. The first main topic was “Create scoring chances and playing between the lines”. The second day was all about the shot on goal. The highlight was the topic for everyone: “Individual training for strikers” that was also the topic of the last practice session.

The mood in the seminar room was extremely relaxed but concentrated. There was an intensive exchange between the speaker and the participants.

As for the two previous courses in November 2018 and May 2019 Mariana Lopez also translated the theory and practice from German into Portuguese this year. 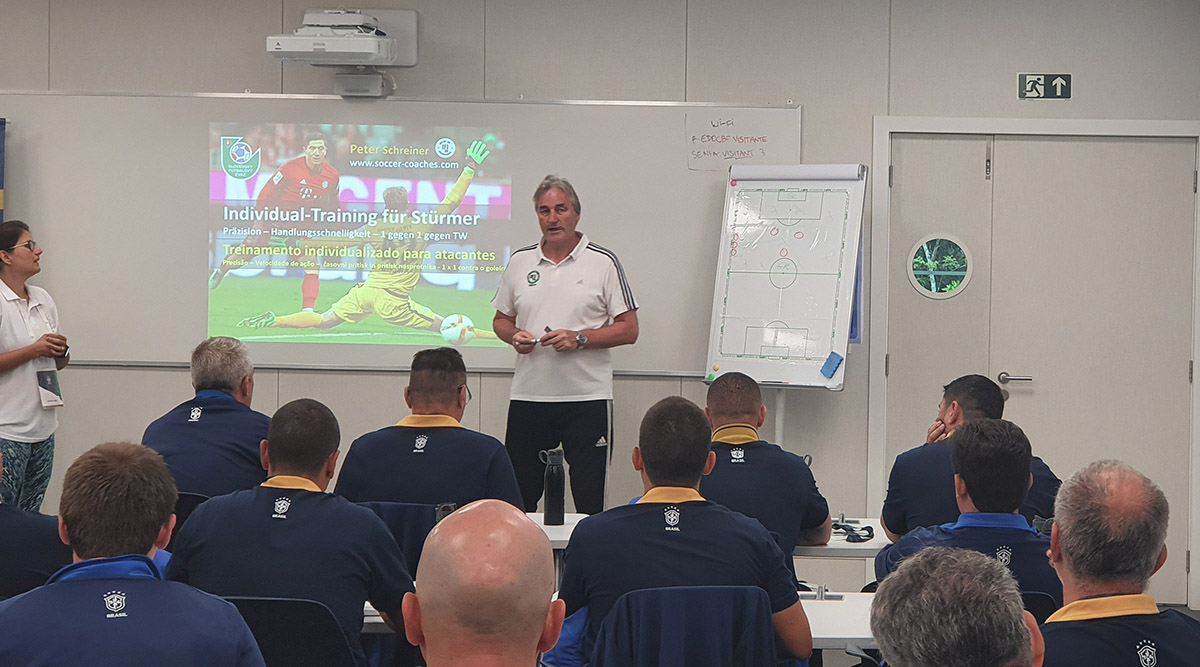 Peter Schreiner managed a total of 7 practice units. A practice was cancelled because of heavy rain shower. Spontaneously there was an additional theory unit “Questions and Answers” with an interesting exchange of information.

Here are the participants, organizers and the first presentation group, U17 Fluminense Rio de Janeiro:

The practical demonstrations were not only about the forms of training, but also particularly about coaching and the exchange of information with the participants:

“The striker diamond” to improve the response to visual signals and speed of action before shoting on mini goals and later on the large goal with goalkeeper:

In the practice unit for perception and reaction, Peter Schreiner presented the Skillshirtz, which were very well respected by the players. 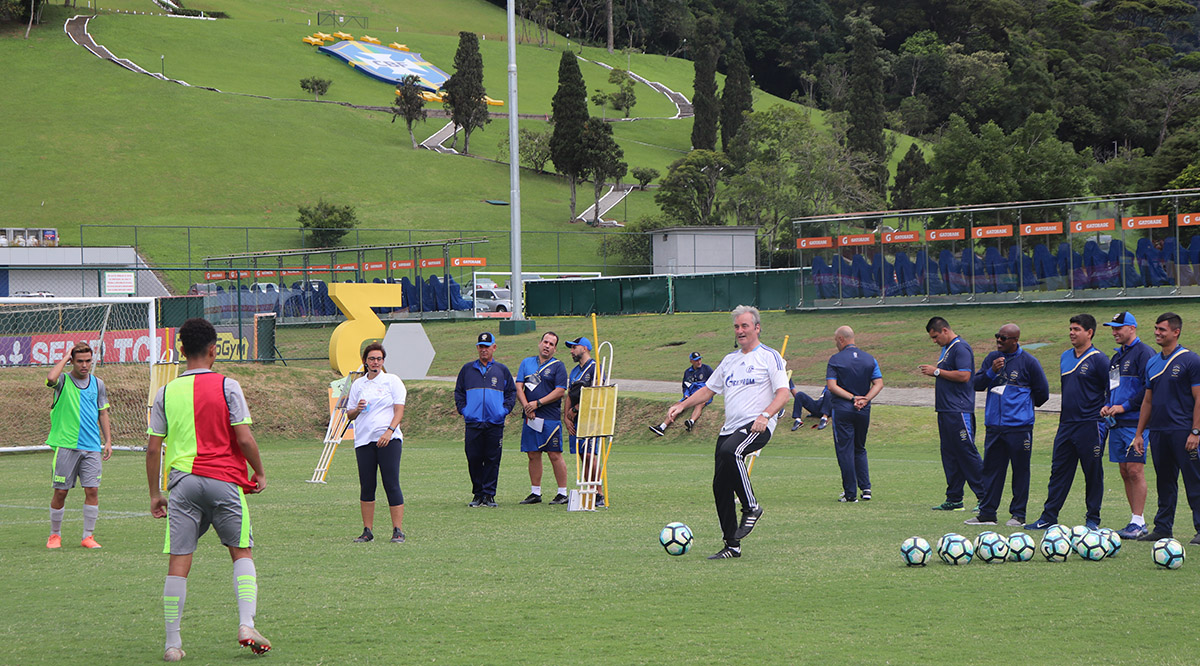 In the game forms for time and opponent pressure, the players were able to demonstrate their skills and their perfect technique. 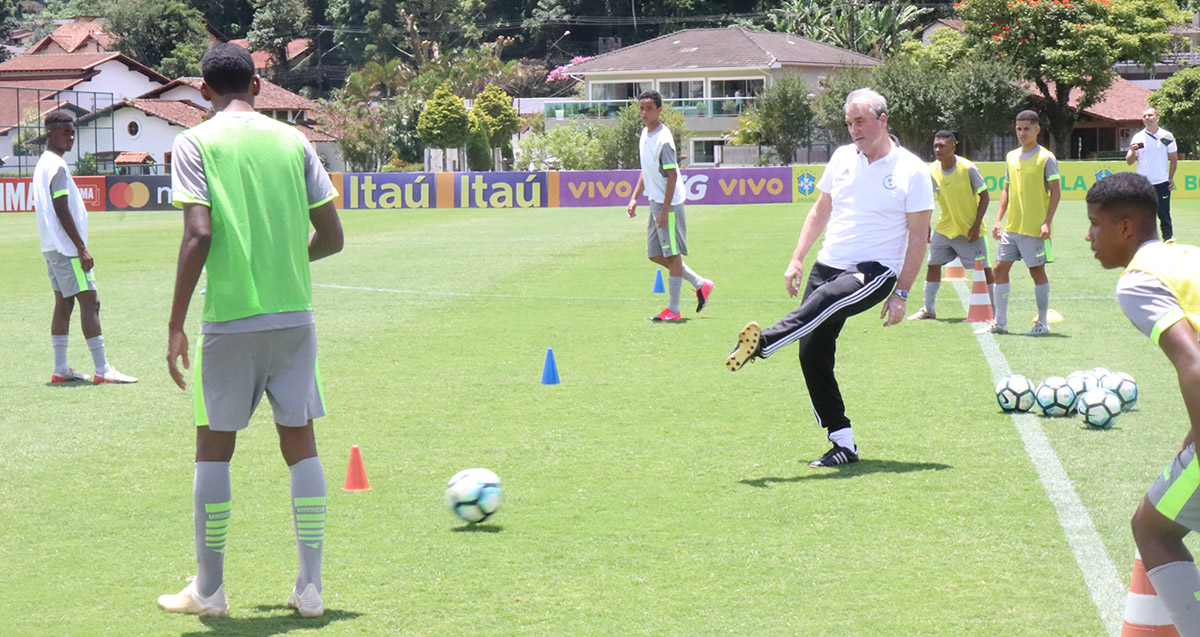 The focus of all forms of training was on coaching the players. 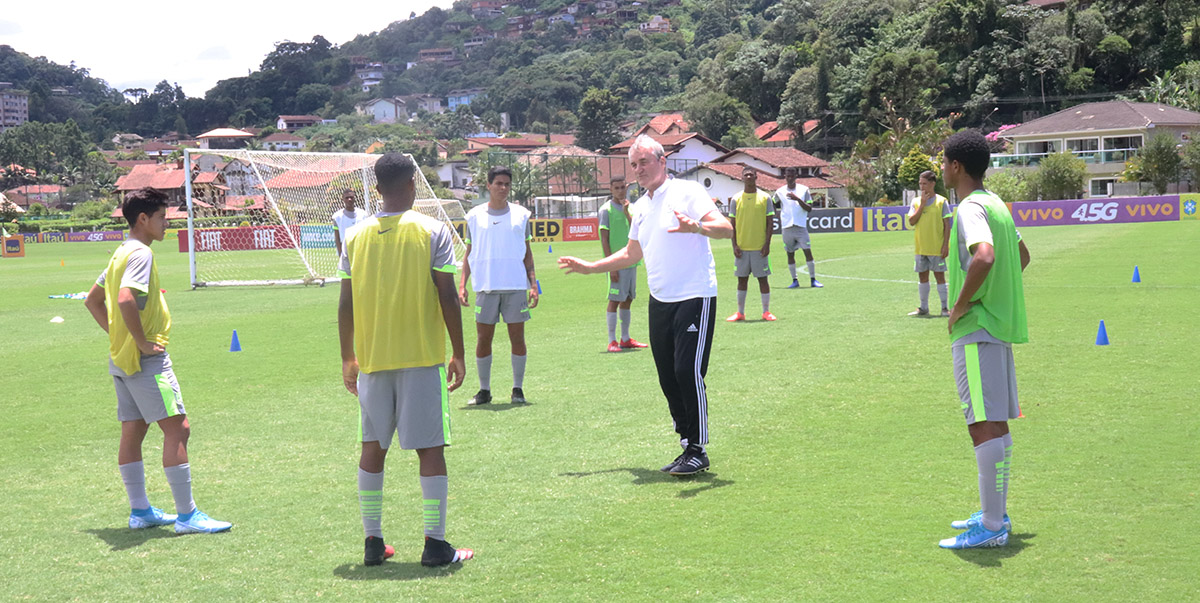 Here is the second presentation group at the afternoon of the first day.

At the farewell before the departure there was a lot of applause for Peter Schreiner, who was glad that after a strong sunburn on the first day he had survived the exhausting 32 hours of presentation on four seminar days.

Mauricio Marques (Coordenador CBF Academy) then presented Peter Schreiner with a letter from the Brazilian Football Association and valuable gifts. 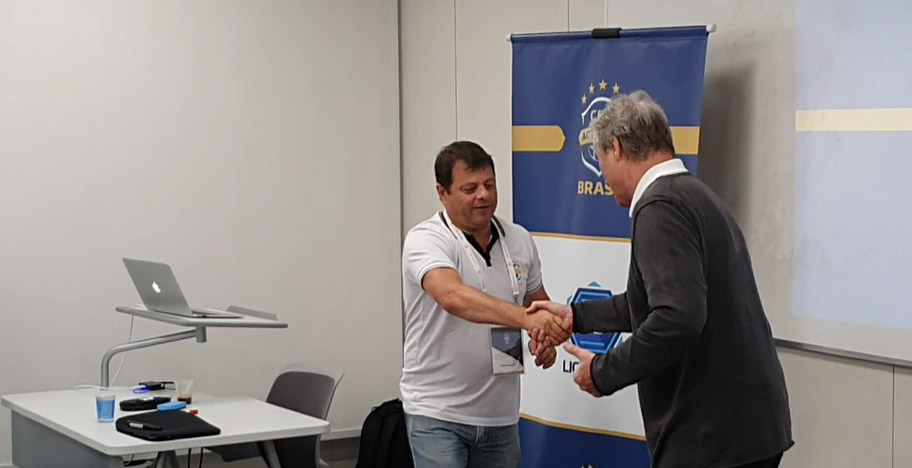 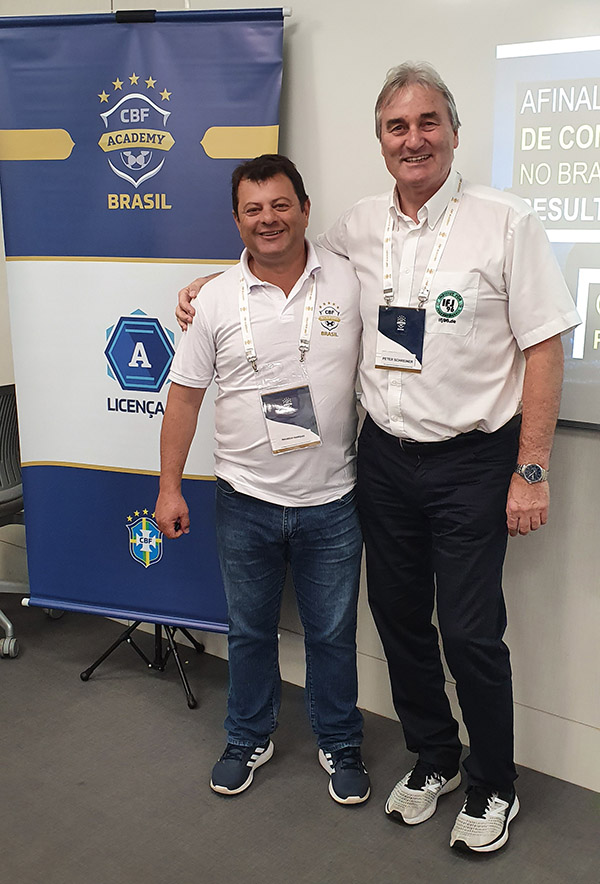