Join Soccer-Coaches.com on YouTube! Over 40,000 subscribers already!
Home
Soccer Drills
Counterpressing
Counter Pressing like Liverpool F.C. – 4 vs 2 to 6 vs 4

Counter pressing is a very simple and understandable concept. Instead of falling back into the ordinary defensive position when losing the ball, your team immediately presses against the ball to prevent a counterattack of the opposing team and tries to regain possession of the ball.

One of Jürgen Klopp’s key philosophies and fundamental to his success is this style of play, which he implemented at Borussia Dortmund and now at Liverpool F.C. But also coaches like Pep Guardiola and of course Arrigo Sachi, who is considered the forefather of counter pressing, had great success with intense pressing and zonal marking!

Today we will show you a game-like competition that is ha helpful exercise to coach the main points of counter pressing and prepare your players to be good at counter pressing.

Setup: Double square (12mx12m) and (25mx25m). The size of the pitch depends on the skill level of the players. The 4 vs. 2 starts with the first pass of the red players. The 4 green outside players spread out and try to be always ready to proceed a 6vs.4. 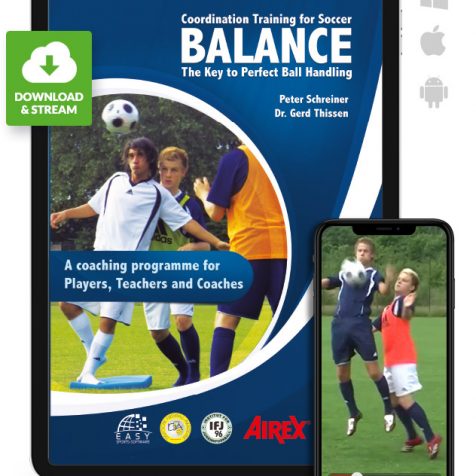