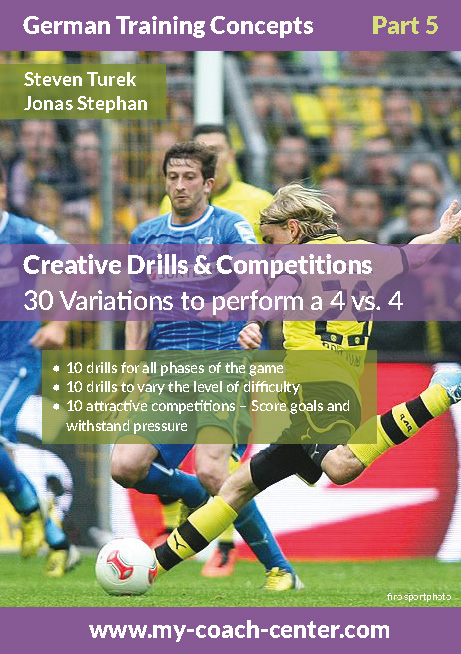 Based on 30 drills for a 4 vs 4, Steven Turek reveals and demonstrates creative ideas. Some echo a reduced 11 vs 11, some vary the level of difficulty and some present attractive competitions and contests. 45 Pages
Download the eBook! 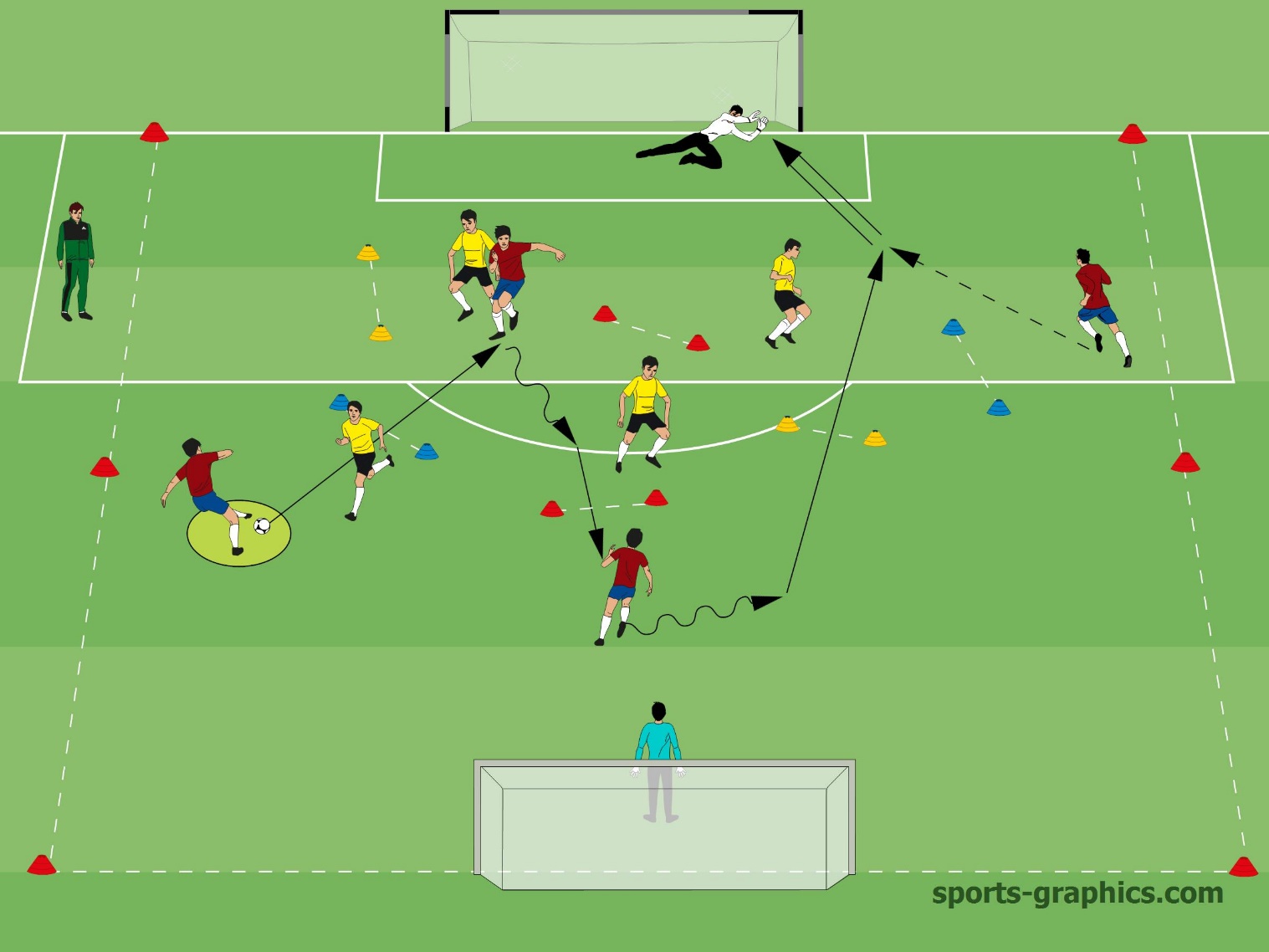 Organization
In the field, six passing goals are marked. Before a team is allowed to score, they must first pass through every passing goal (every color once).

Coaching
At first, there is no direction of play, since the regular goals are only secondary targets. Thus, this exercise has at first many characteristics of a play aimed to hold the ball as long as possible in the own team. A ball-protecting dribbling is demanded, since the play can be continued in many different directions.

Variation
The teams receive secret match plans, which contain a defined sequence of passing goals. A match plan is used up until a team scores. After the goal, the team re-ceives a new plan from the coach. Change from passing goals to dribble goals. 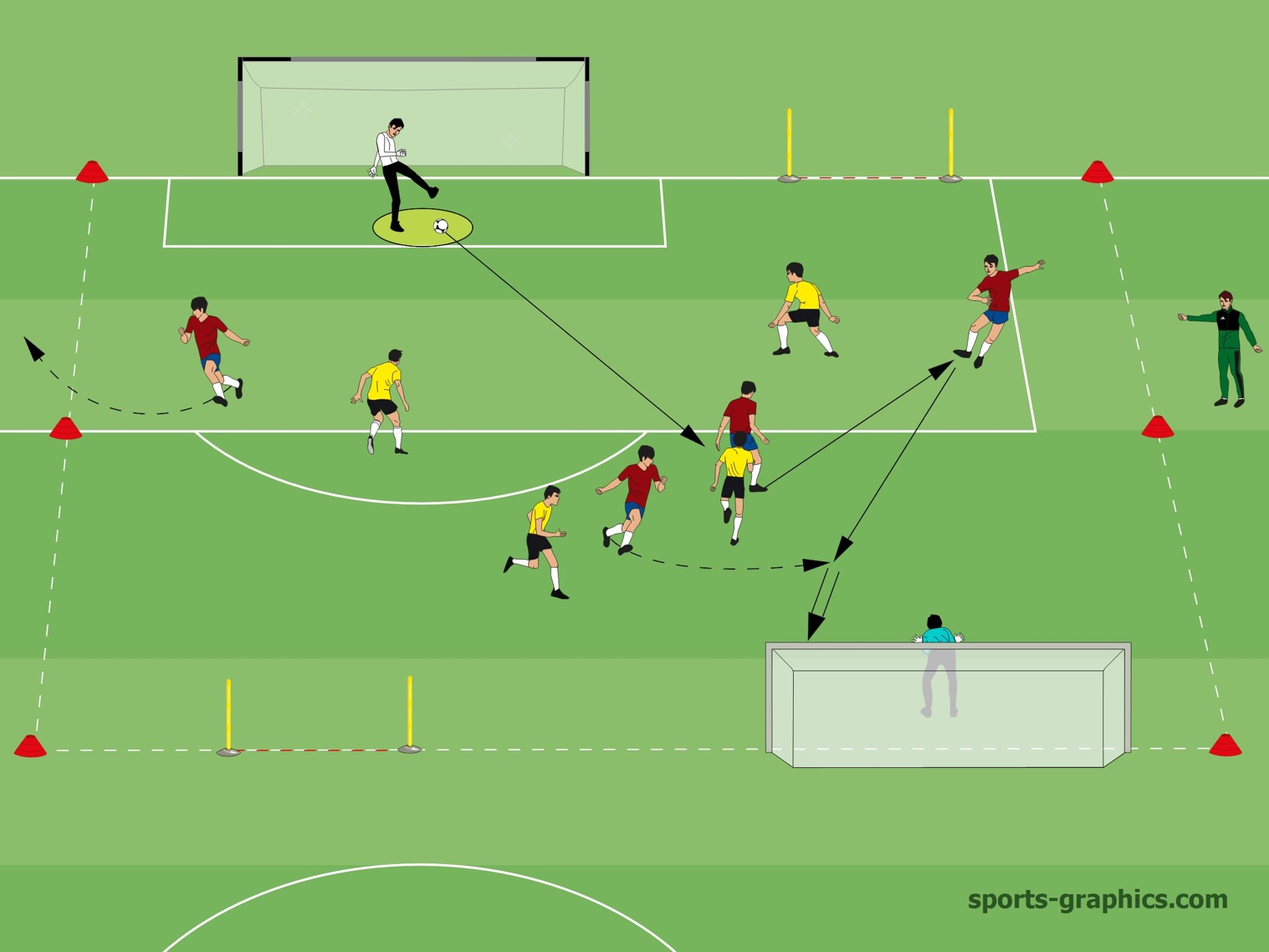 Organization
The teams have the option to attack on two goals (shots on the regular goal and dribbling’s through the pole-goal). If they score on the regular goal, the team receives one point, but a player must leave the field after that. If a goal is scored through the pole-goal, the team is allowed to retrieve one player (no point scored however).

Coaching
The players must decide which goal is more worthwhile in the specific situa-tion. Situations in numerical advantage and disadvantage shall specifically be trained.

Variation
The goal scorer must leave the field after he successfully finished on the reg-ular goal. Further rules regarding goals scored. Players must only leave the field for a specific length of time (for example 30 seconds). 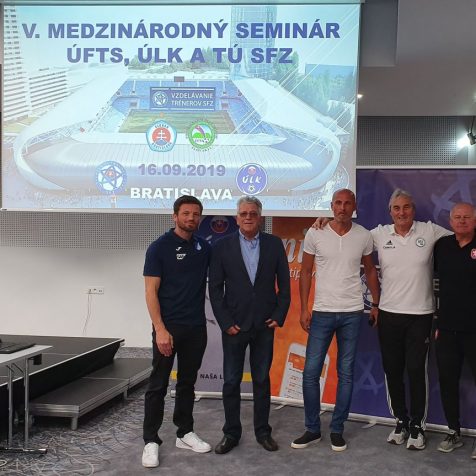 How to Score More Goals – UFTS Soccer Congress in Slovakia