Passing is one of the most (if not the most) fundamental elements existing in soccer. Here are three great passing drills from Steven Tureks eBook “German Training Concepts – 32 Drills in the Passing-Diamond”

Almost every coach is enthusiastic about passing exercises and integrates them into their training routine. Especially in exercises without any opponents there must exist a reference to the match. The players need to understand the connection between training exercises and competition.

Regardless of whether passes in the build-up, for instance: A centre-back who passes the ball to a centre-midfielder or in the last third as a deadly pass into the penalty area – accurate passing is crucial for every philosophy and style of play.

A pass is that much more than the pure technical completion of passing the ball from player A to player B. Both the player on the ball and the receiver of the ball are situated under different tactical influences of the particular situation – sometime an opponent comes from the behind, sometime at first a space needs to be opened in order to pass the ball to a specific player. Reproducing those competitive-circumstances is the purpose of training passing.

Soccer Passing Drill 1 – Play and Go in the Passing-Diamond 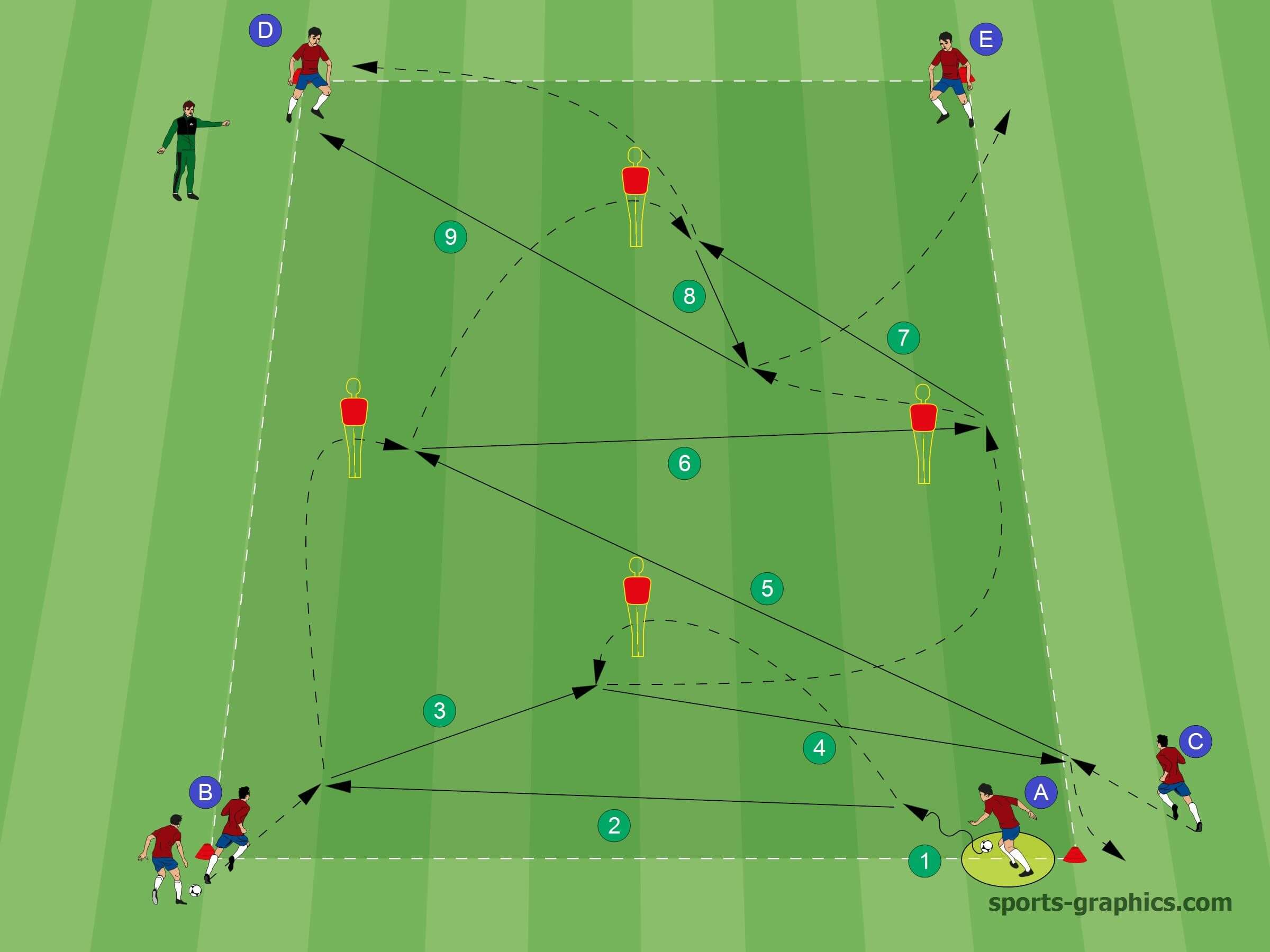 Description: A starts with an initial dribbling and passes the ball into the path of B. A starts a run to the front dummy, receives the ball in a closed position and passes the ball within 2 touches to C at the starting point. C passes the ball using one-touch to B, who opens behind the left dummy. He forwards the ball directly to A, who is situated at the right dummy. A delays and passes within the second touch to B at the back dummy, who plays off the dummy with a give-and-go combination with A. The ball is played to D and the combination starts from the other side. A and B get behind D and E. C returns to his starting position.

Coaching Points: Demanded is a passing and running speed as fast as possible. In case of a 2-touch play, the ball-away foot receives the ball and the other one passes the ball. In case of a demanded one-touch play, always pass the ball to the dummy-away (thus, opponent-away) foot. 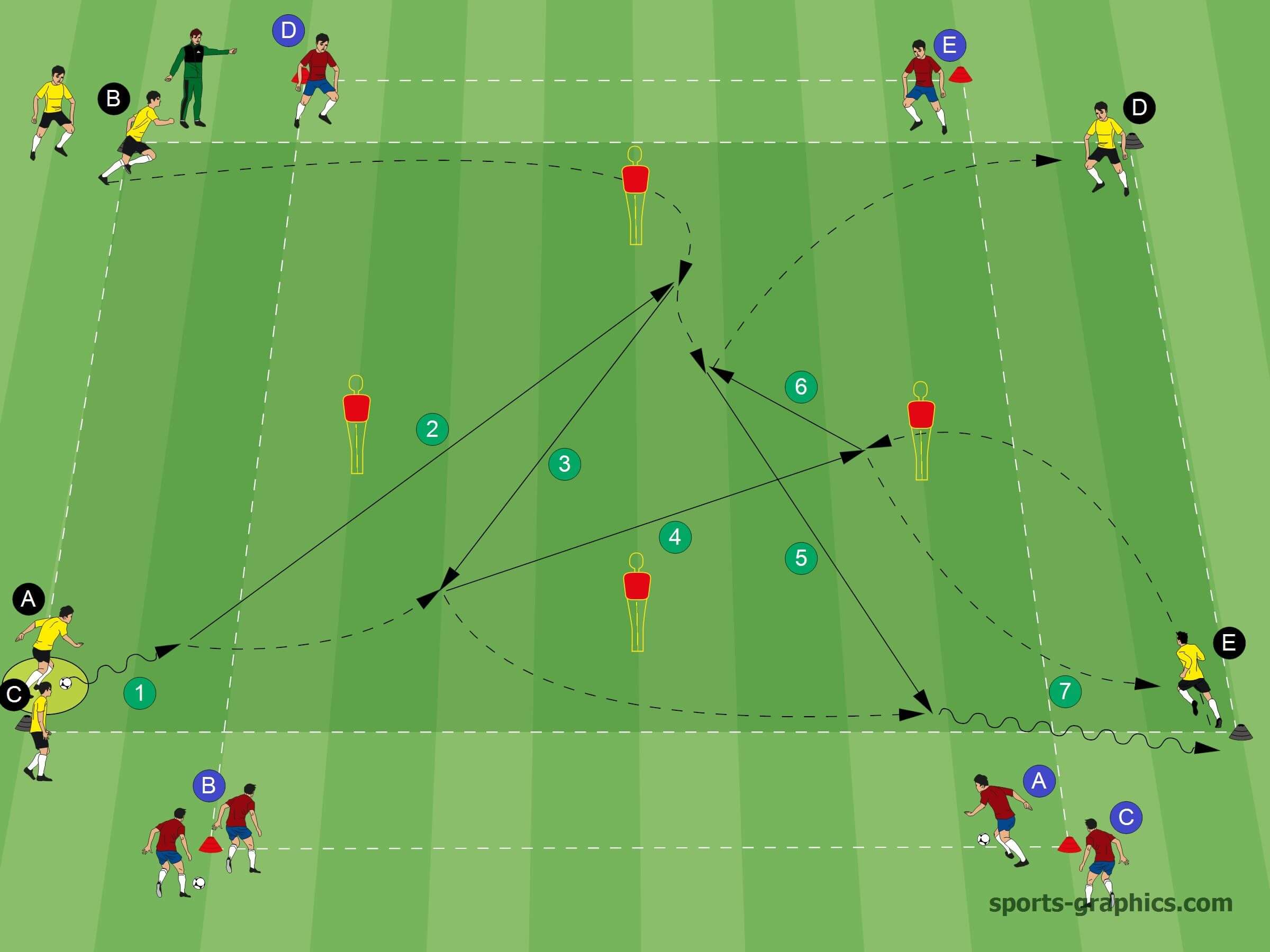 Description: Next to the structure used so far, a second group is incorporated. Both groups can train successively the same (or different) variation. It is also possible to let both groups exercise simultaneously.

Coaching Points: Demanded is a passing speed as fast as possible. Also insist on a maximum of running speed when receiving the ball. In case of a 2-touch receiving, the ball-away foot receives the ball and the other one passes the ball within the second touch. In case of a demanded one-touch play, always pass the ball to the dummy-away (thus, opponent-away) foot. In this variation players also have to orientate themselves because of another group practicing. 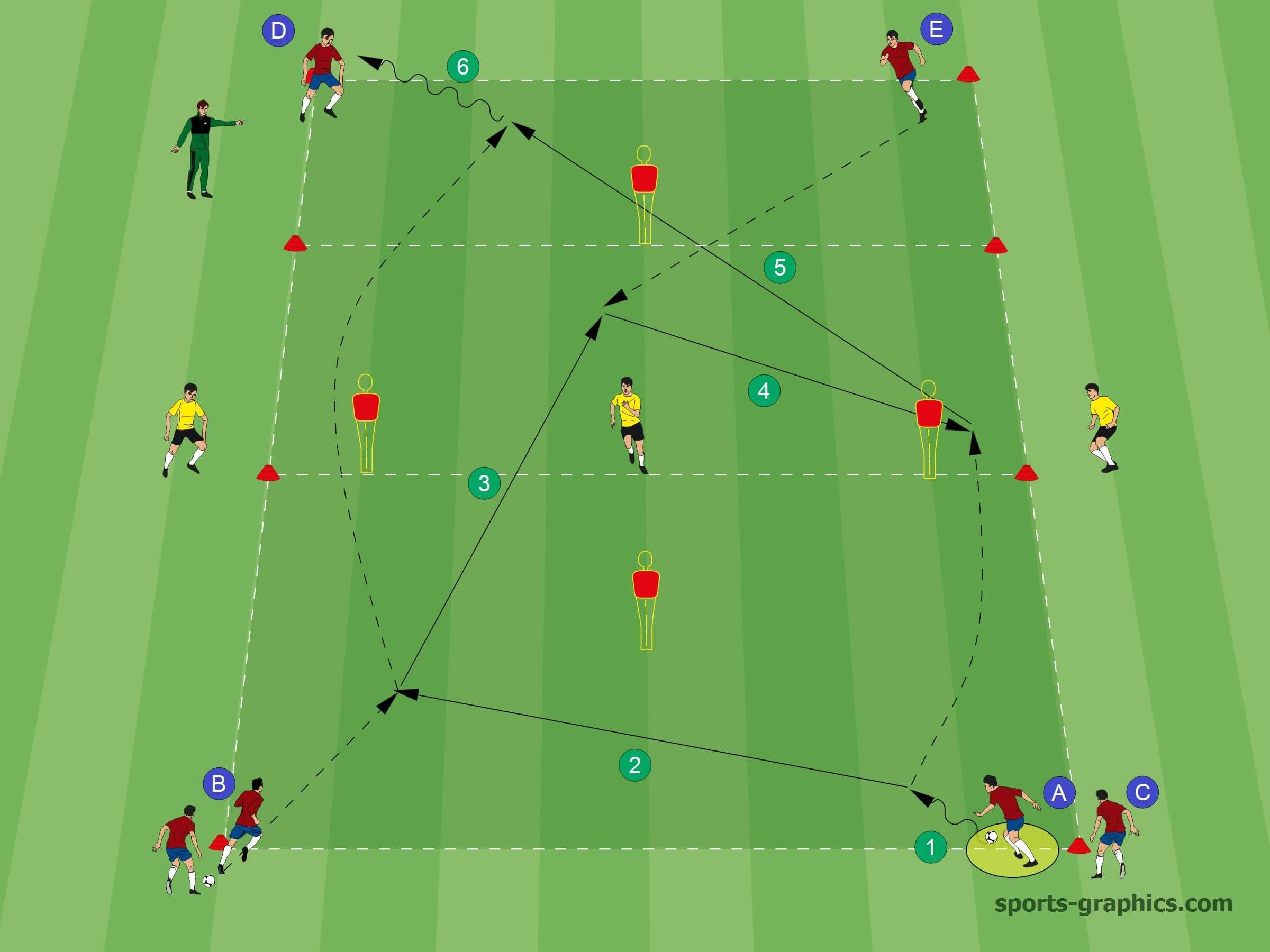 Description: A defender will be incorporated into the existing organization. This defender is only allowed to defend the halfway-line between the dummies. Aim of the offensive-team is a save combination to the other side. For this purpose, one of the deeply situated players (D or E) is allowed to engage in the combination. The first player A starts with an initial dribbling. The moment he passes for the first time; every other subsequent situation is to be solved one-touch. Is the combination of the offensive-team to the other side successfully performed, they receive one point. Intercepts the defensive-team the ball, they receive one point. A and B switch in each and every case sides and the exercise is performed from the other side.

Coaching Points: The players are supposed to implement the previously (or newly) trained drills. Especially players D and E shall correctly asses when to open up. 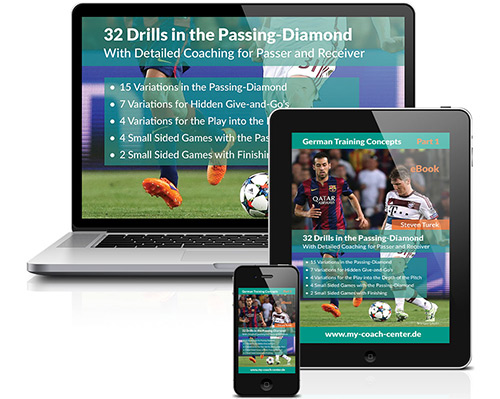 All soccer drills presented are from Steven Tureks eBook “German Training Concepts – 32 Drills in the Passing-Diamond“. To get more information, variations, coching points and further drills, check out the complete book in our webshop!
Get More Information Here 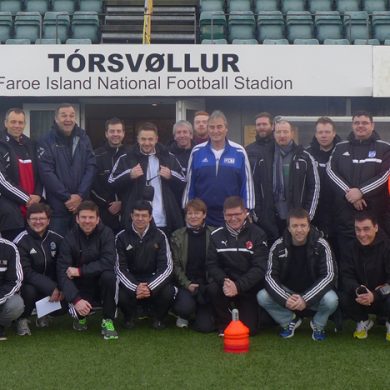