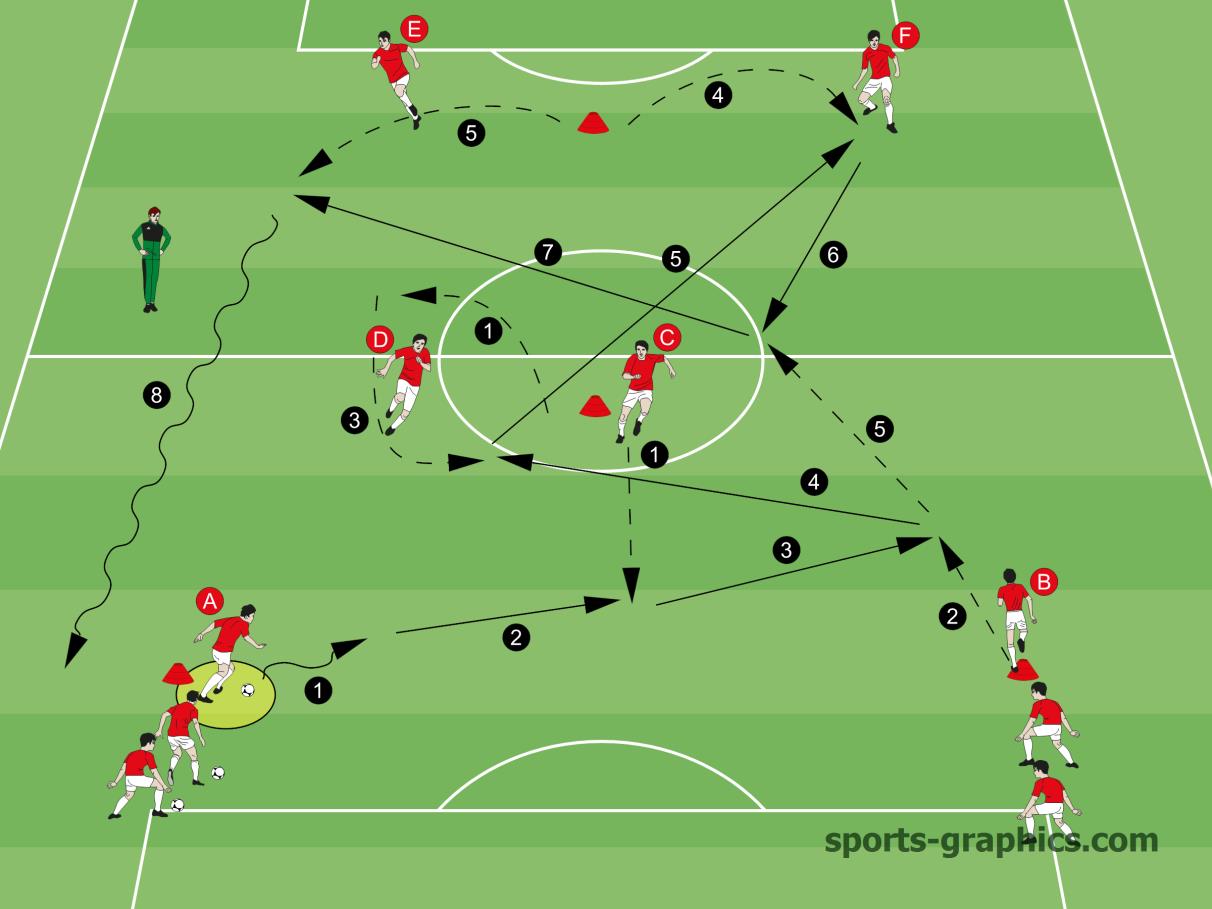 Organization
Player A starts a dribble. C goes in between the two central defenders and receives the ball. At the same time, B moves up slightly and gets the ball. D gets free in a half-open position after having moved away a bit at first, now comes to the ball and gets it. He passes the ball within two touches to F. The ball is two-touched to the approaching B. B plays the ball into the run of E. E dribbles to the starting-point. A, D and E switch positions counter-clockwise. B, C and F do the same. Both groups switch after 5 minutes.

Coaching Points
Correct timing in getting open. Quality of the passes: Short passes with a soft touch, long passes are played with pace. Dribbling to the starting point at high speed. 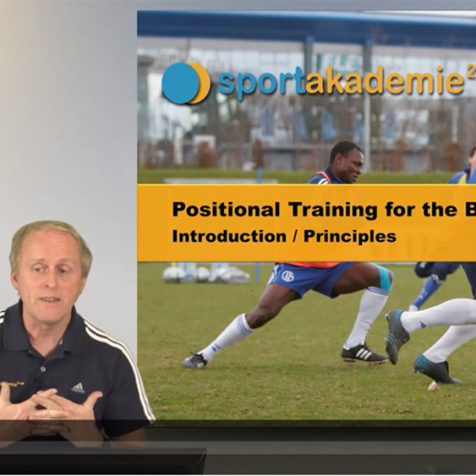