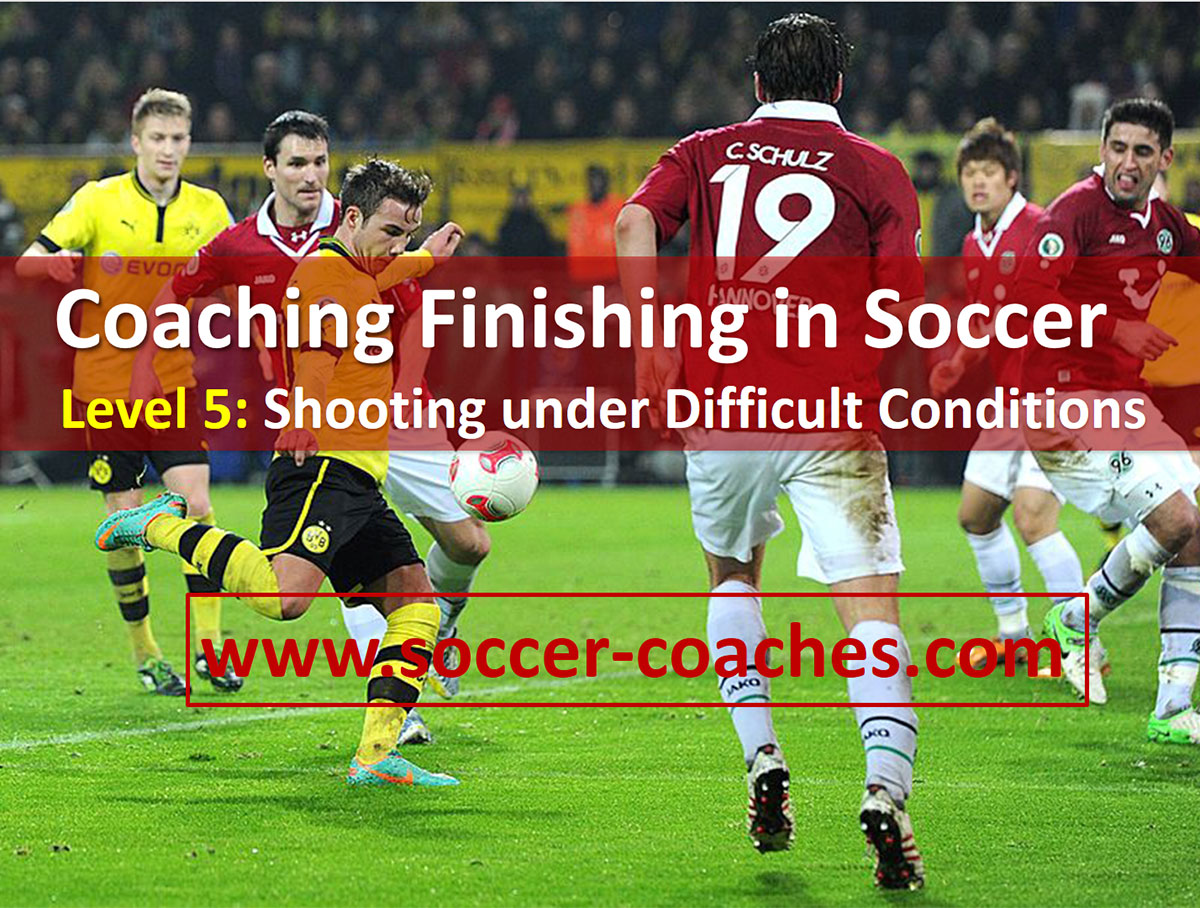 Coaching Finishing in Soccer: 8 Levels from beginner to professional

Finishing gets more difficult when the ball is coming in the air before shooting. The player has to trap the ball or to shoot at goal directly. Booth has to be trained in special drills. In this article we show the first drills for learning the technique of volley, half volley and side volley. In the next articles for level 5 you will find game related drills and small sided games for shooting high ball. In this stage the coach should focus on the organisation. The players have to have many repetitions. Therefore, you have to build up as many goals as possible.

Pre exercise: Volley, half volley and side volley out of own hand 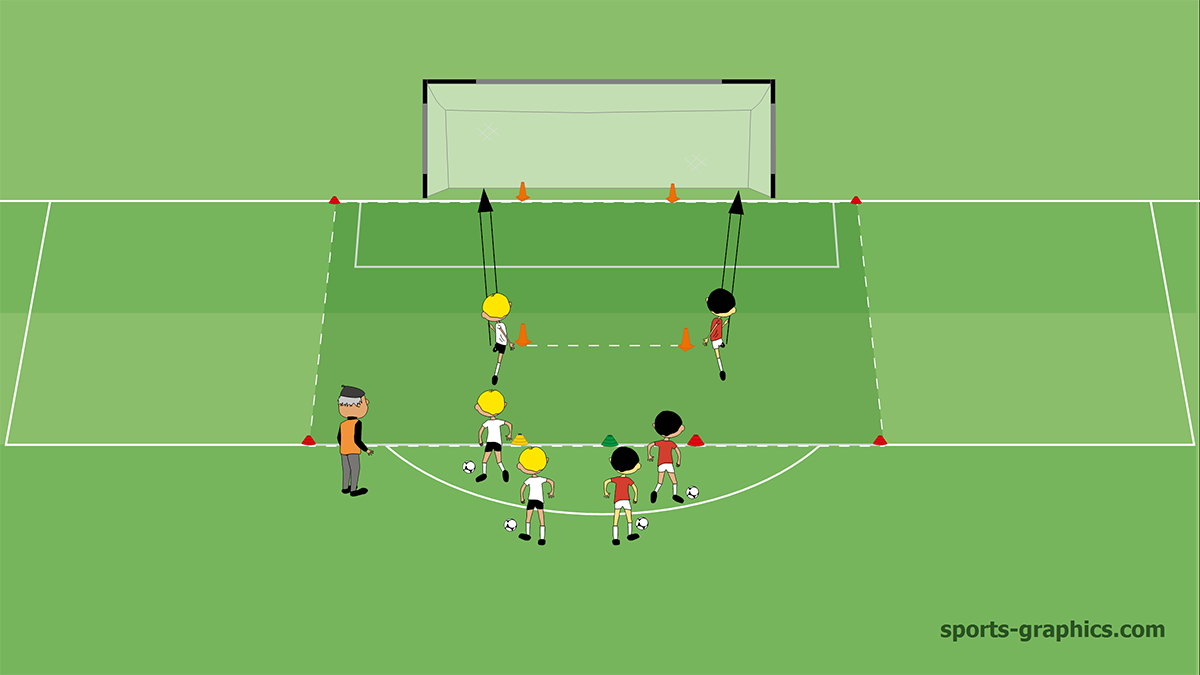 Organisation: As many goals as possible, in a standard goal you can have 2 groups, start 1-2 m in front of the goal, maximum 2-4 players at one station. 1 ball for each group. 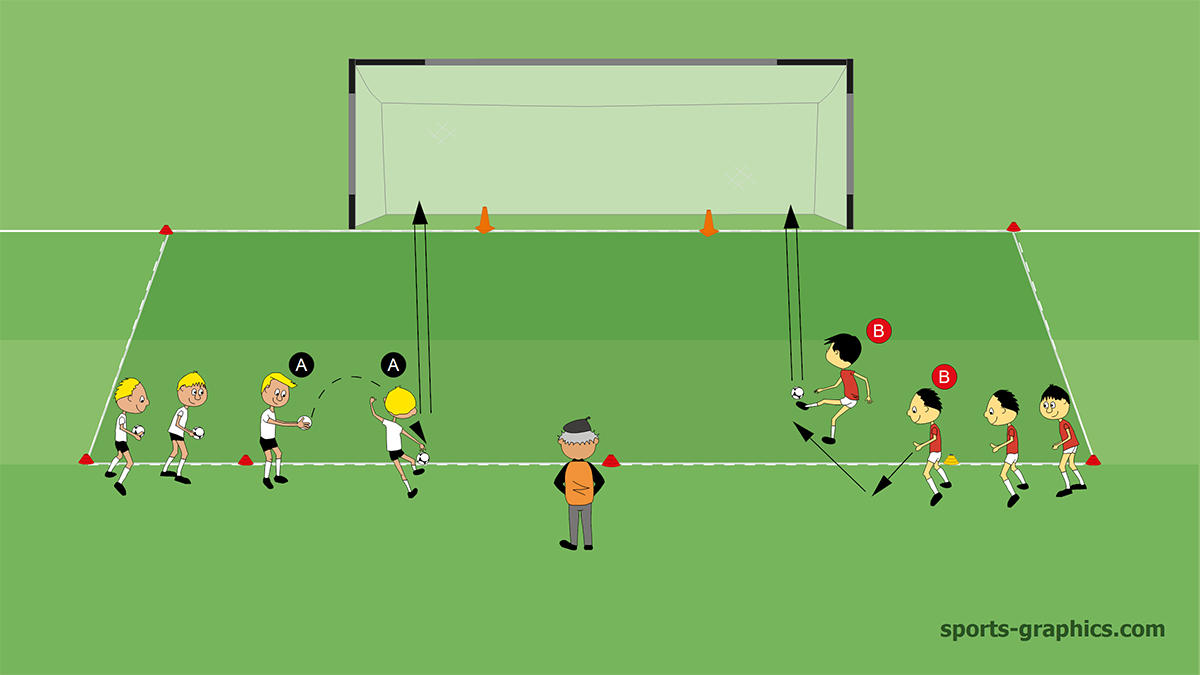 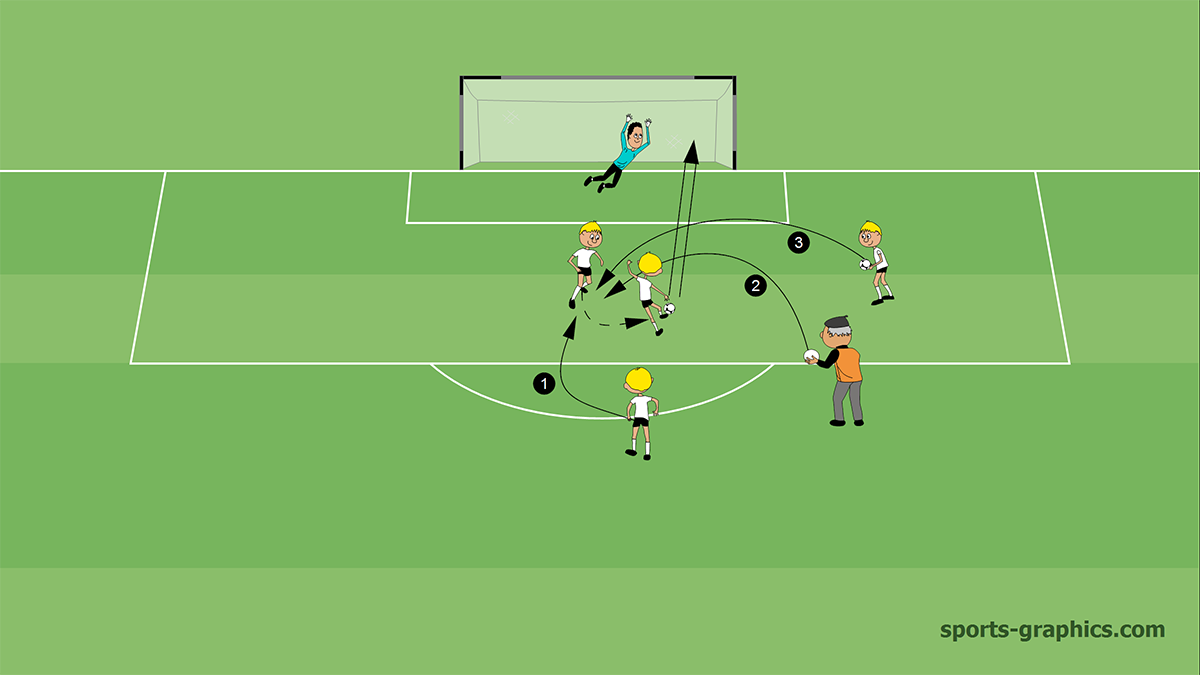 These are basic drills for volley, half volleys and side volleys. This is shooting technique training. The next articles for level 5 deal with flank play and combinations with high balls. 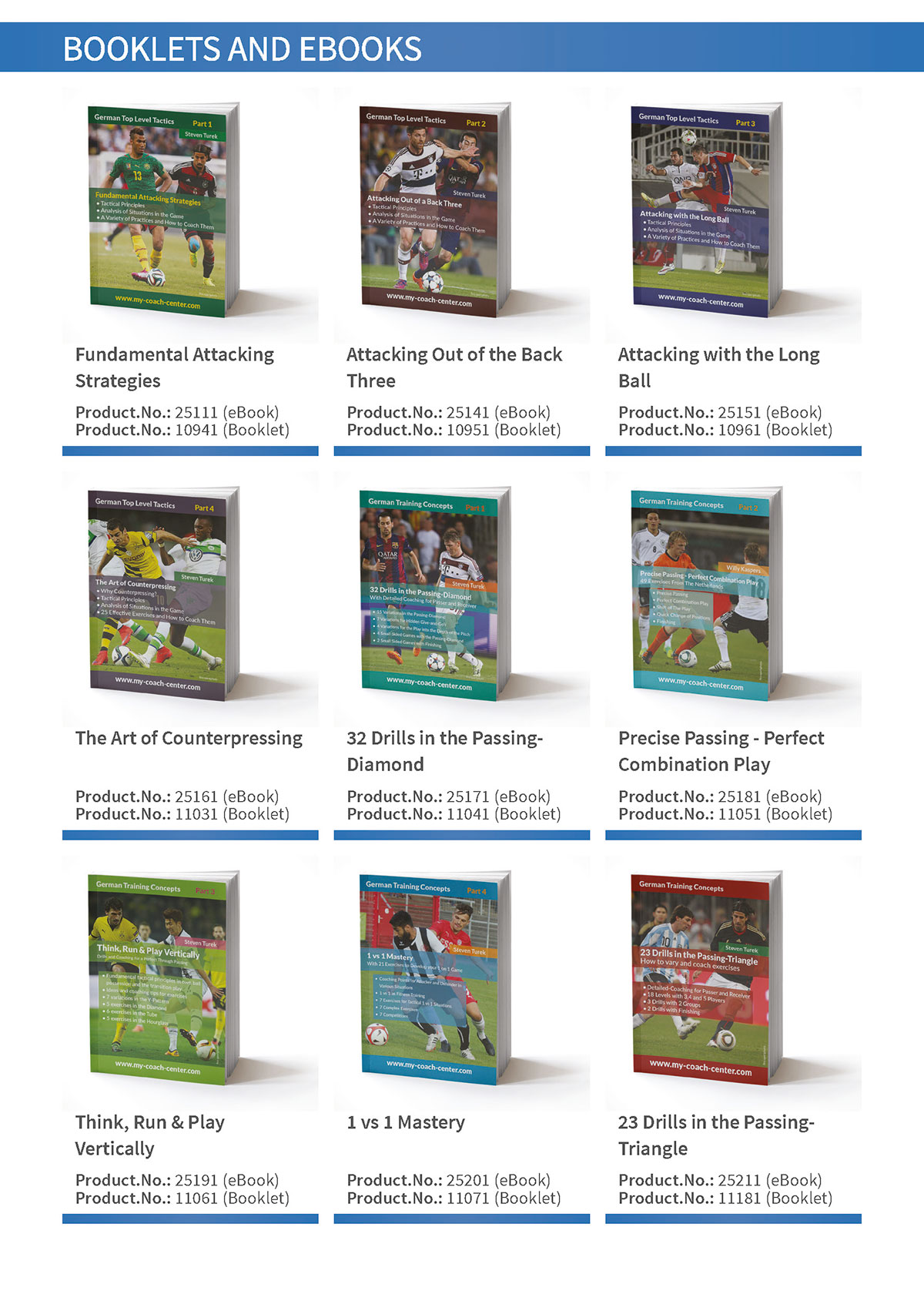 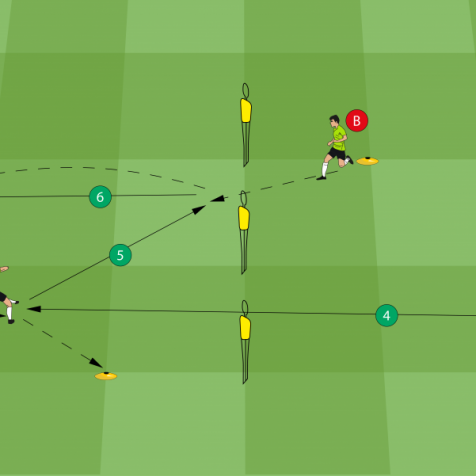