Football is a game that is unpredictable and fast moving.

This means that players have to constantly adapt their movements according to what happens on the pitch without a moment’s hesitation. This involves using what is known as open skills. When defenders encounter an attacker in a 1v1 situation, there are five recognised defensive positions available to them.

Defensive position is the name we give to the ready position, the stance the player takes to try and defend against an attack.
Tactically, players should attempt to choose the defensive position that is best aligned with the situation, their own skills, strengths and weaknesses and those of their opponent’s.
As such, it’s important that players know what each of the defending positions are and their associated strengths and weaknesses so they can consciously or unconsciously adopt the best position to defend the goal during a fast-moving game.
Your position in relation to the attacking player is important. The position can be defined in various ways. In practice, it is often referred to as “rear”, “front”, “obliquely”, or “on the side”. The position also has a direct influence on the defending position that is appropriate for the situation.

Let’s take a look at the 5 defending positions. 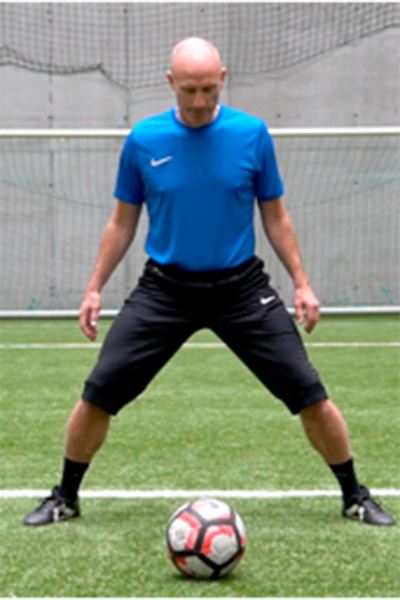 The frontal defending position is the most offensive technique and it puts the attacker under the greatest pressure.

The main objective of this tactic is to win the ball through a well-executed tackle or to place an attacker under sufficient pressure that they make a mistake.

To execute this strategy, you should run straight on the attacker, stop an appropriate distance away from the player (too close and you’ll be beaten with no time to recover, too far and the player will have the time and space to pass the ball to a teammate) head on in the frontal defending position.

Best for: The frontal defending position is well suited to tackling, blocking shots and forcing (pressing) the attacker to pass the ball backwards. For example, it’s ideal for tall players with great range, centre backs who want to block any shots in front of your goal, or for forwards to prevent a (long) pass after losing the ball. 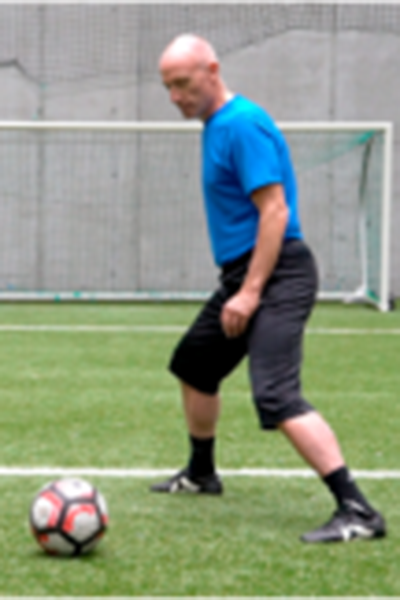 The slanted defending position (45 degree) is a combination of the frontal and side-on defending positions. The objective of this tactic is to win the ball by tackling on one side of your opponent or running with the attacker on the other.

To execute this position, you run straight at the attacker, close one side, get into the slanted defending position and get ready for a duel.

Best for:
This is a useful and versatile technique for all players, it’s especially important for defenders because it is an ideal technique for leading attacking players away from your goal or forcing them to dribble or finish with their weaker foot. 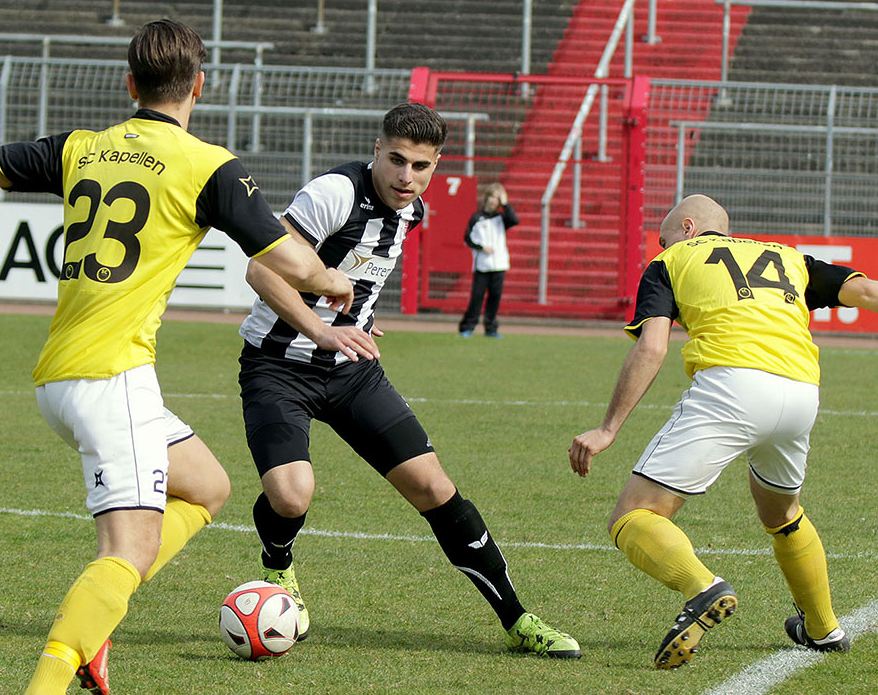 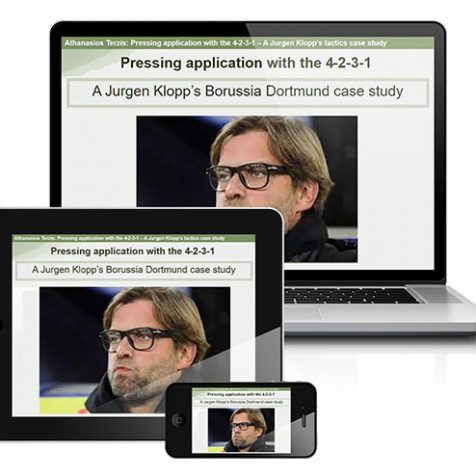