2 Soccer Drills to Improve Dribbling Skills of U10 Players

The following two soccer drills will help your U10 players to improve their dribbling. The first exercise is a dribbling game with hurdles, the second an easy to organize competition. 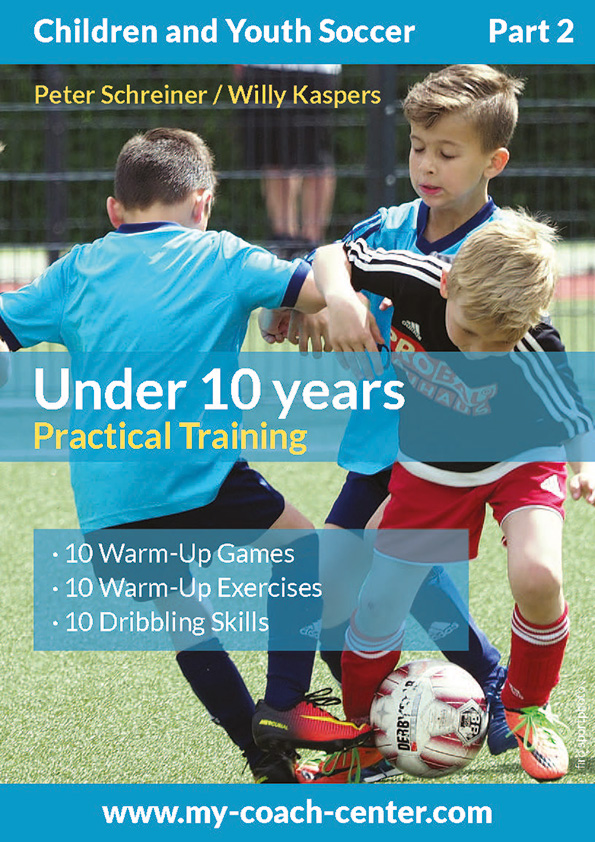 Practical Training for U10 Teams

Part 2 of the series “Children and Youth Soccer”, 10 warm-up games, 10 warm-up exercises and 10 training forms for dribble training.
The authors attach particular importance to the fact that all forms of training and competitions are practical, age-appropriate and immediately implementable. 48 Exercises, 72 Pages
Download the eBook! 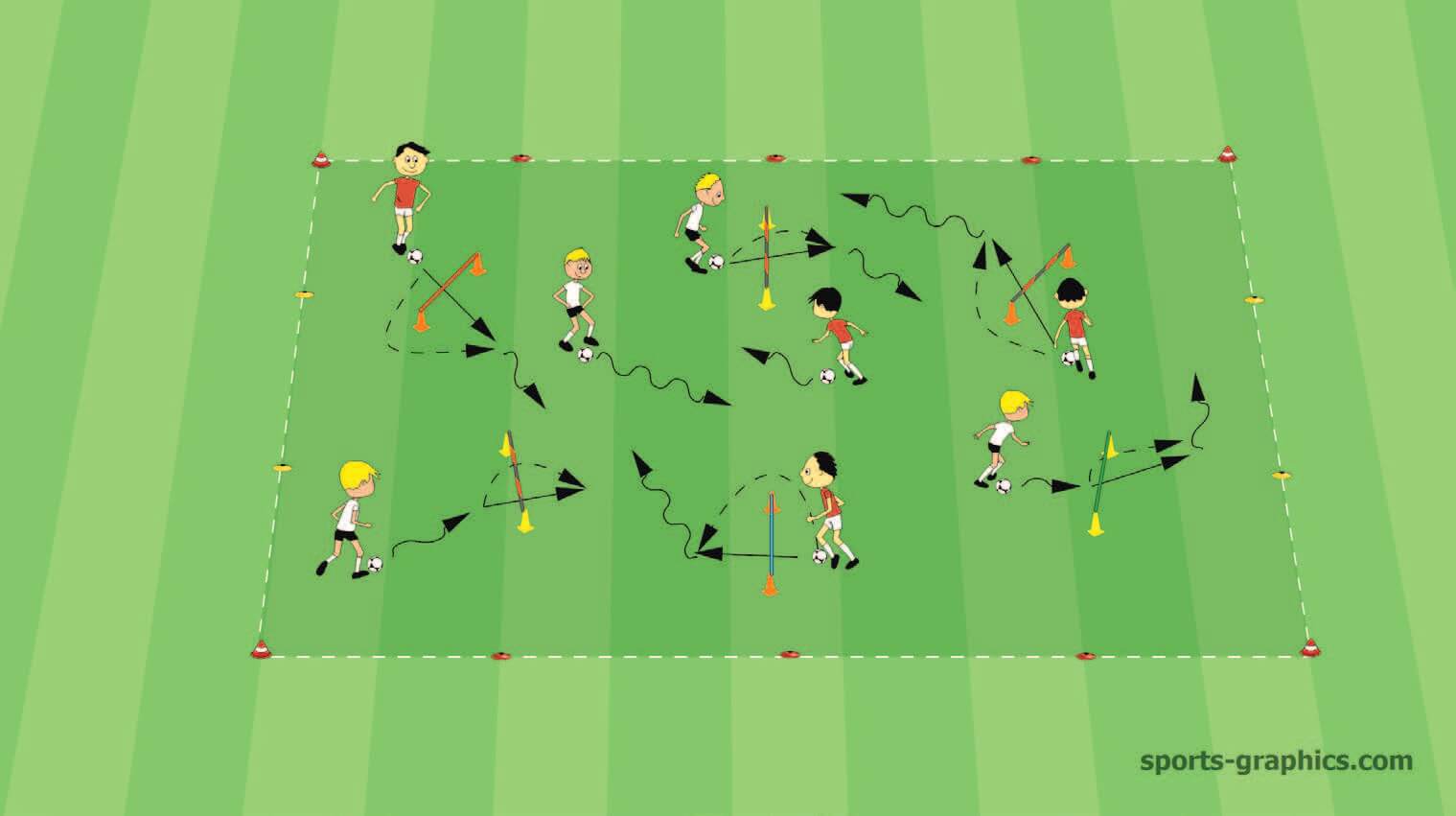 • The players dribble free in space for one minute and pass the ball through
the hurdles.
• The hurdles should be high enough so that the ball does not touch the pole.
• At the orange gates, the children run around the goal and try to control the
ball as quickly as possible and dribble on to the next goal.
• At the yellow gates, the children jump over the pole.
• A team tries to score as many goals as possible in one minute.
• The other team dribbles freely in space. So the kids not only have to score
goals, but also avoide the opponent.
• A goal does not count if a hurdle has been touched. 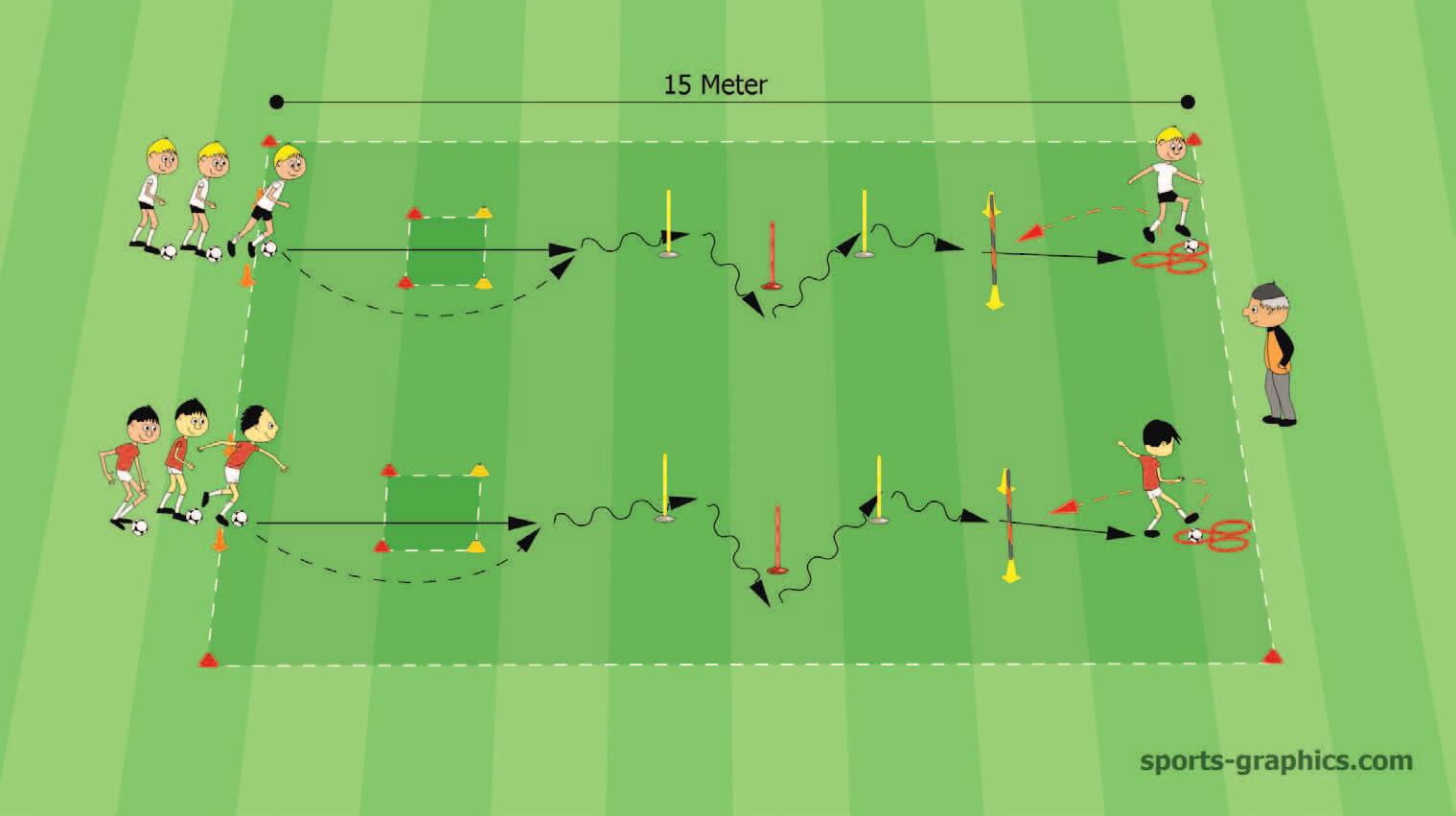 Build up the course – depending on the number of children – multiple times as
shown in the figure above and form teams of three players, each player a ball.

• At the sign of the coach, the first players of each team start with a short pass.
• Then the players run around the square (1 x 1m), control the ball and dribble
around the 3 bars (yellow bars mean: Inside left and red bars inside right.
• They play a short pass through the hurdle and jump over it.
• They put the ball in one of the three rings and run back through the course
and clap
• Then the next player starts.
• Each player has a ring. (4 rings for 4 players)
• The ball must remain in the ring, if it rolls out, the player must run back and
put it in again.
• Which team is the fastest? 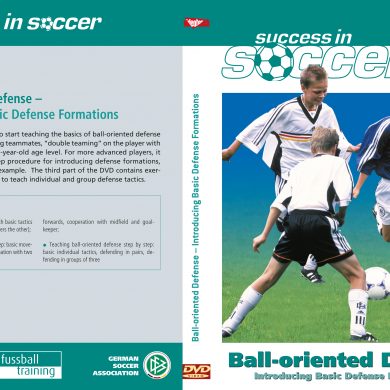