This circuit improves the group-tactical element of “Playing over the third man”. In the first part of this exercise, the players will have to play on the wing and in the second part build up the game from the defense. These kinds of circuits can be implemented perfectly after a warm-up.

Good communication and timing are key when playing over the third man. The players should always move towards the ball and coordinate their runs into the open space. The pace of the exercise should be increased steadily to a maximum level. 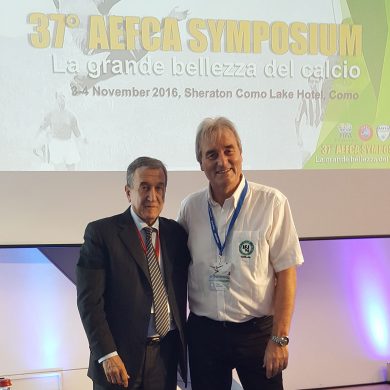