Marcelo Bielsa steered Leeds United back into the Premier League. We take a look at his unique style of coaching, that has influenced many coaches worldwide such as Pep Guardiola, Mauricio Pochettino and Gerardo Martino!

Marcelo Bielsa’s Coaching Style This 3-3-3-1 formation allows the team to create numerical advantages in specific areas of the pitch to break through pressure and then create favourable situations in attack i.e. 4 v 3, 4 v 4, 5 v 4 etc.

The key to Bielsa’s tactics is the movement, rotations and quick combination play. The players must work hard to move the ball to the free player and create available passing lanes to play forward. At times when Bielsa has not had defenders with a high technical level at his disposal, he has used midfield players in defence to make sure that his team is fully capable of playing out from the back under pressure.

Marcelo Bielsa’s unique tactics and attractive style of play have affected football far beyond his own personal successes. He has taught and influenced players and coaches that he has worked with (and not worked with) and they have then implemented elements of his coaching style into the training of their teams. These include Pep Guardiola (Barcelona, Bayern Munich & Manchester City), Mauricio Pochettino (Espanyol, Southampton & Tottenham Hotspur), Gerardo Martino (Barcelona & Argentina) and Jorge Sampaoli (Chile & Sevilla).

Marcelo Bielsa is a student of the game and is well known to analyse hours and hours of games to decipher any new tactical concepts. He is said to have no equal in his work and tactical knowledge – this is what keeps him progressive, as he believes the game is always changing and tactics/style of play can always be improved. He creates videos for individual players and has long discussions with each of them to explain their exact roles and responsibilities they have in all different tactical situations. For building up play,

Bielsa focuses on creating space, dragging opponents away and timing movements to receive or act as a link player. This work is then applied on the training pitch, as each combination and pattern is worked on repeatedly. Each pass and movement is choreographed within a set phase and done over and over again, until Bielsa’s players are able to perfect it. This is why, when you watch his teams, the same patterns are observed and you can see the method being actualised.

Marcelo Bielsa is famous for his playing philosophy which is based on building up from the back, even when playing against a team which presses high up the pitch. For a team to be a successful by building up play from the goalkeeper, skilful defenders are needed.

At times when Bielsa has not had defenders with a high technical level at his disposal, he has used midfield players in defence to make sure that his team is fully capable of playing out from the back under pressure.

When building up from the back, Marcelo Bielsa’s first aim is to provide an available passing option to the goalkeeper. In order for this to be achieved against a high pressing team with 2 forwards, the formation of his team is changed from a 4-2-3-1 to a 3-3-3-1 (attacking option) or the 3-4-3 (more defensive option).

When building up play against teams with 1 forward, Bielsa opts to stick with the 4-2-3-1 formation, but one central midfielder will often drop back if the team wants to switch the play.

The second aim is related to the opposition’s defensive positioning:

This article was taken from the book “Marcelo Bielsa – Coaching Build Up Play Against High Pressing Teams” written by Athanasios Terzis. If you want to know more about Marcelo Bielsa, his philosophy, style of coaching and even implement his coaching into your own training sessions, the book is available as eBook here! 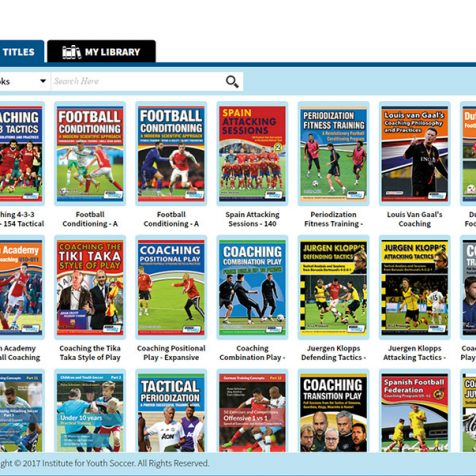