This is a drill from the book “Fundamental Attacking Strategies”:

Coaching: All variations start with the initial dribbling of A. With this dribbling, the different paths and runs start. All releasing players are supposed to come into a half-open position as fast as possible. Is the ball played into the depth, a two-touch play shall be used (the ball distant foot receives the ball, the other one passes). If the receiving player is supposed to dribble, the ball is to be played into the forerun. All passes are accompanied by command’s (“Return!”/ “Turn!” / “Dribble!”). 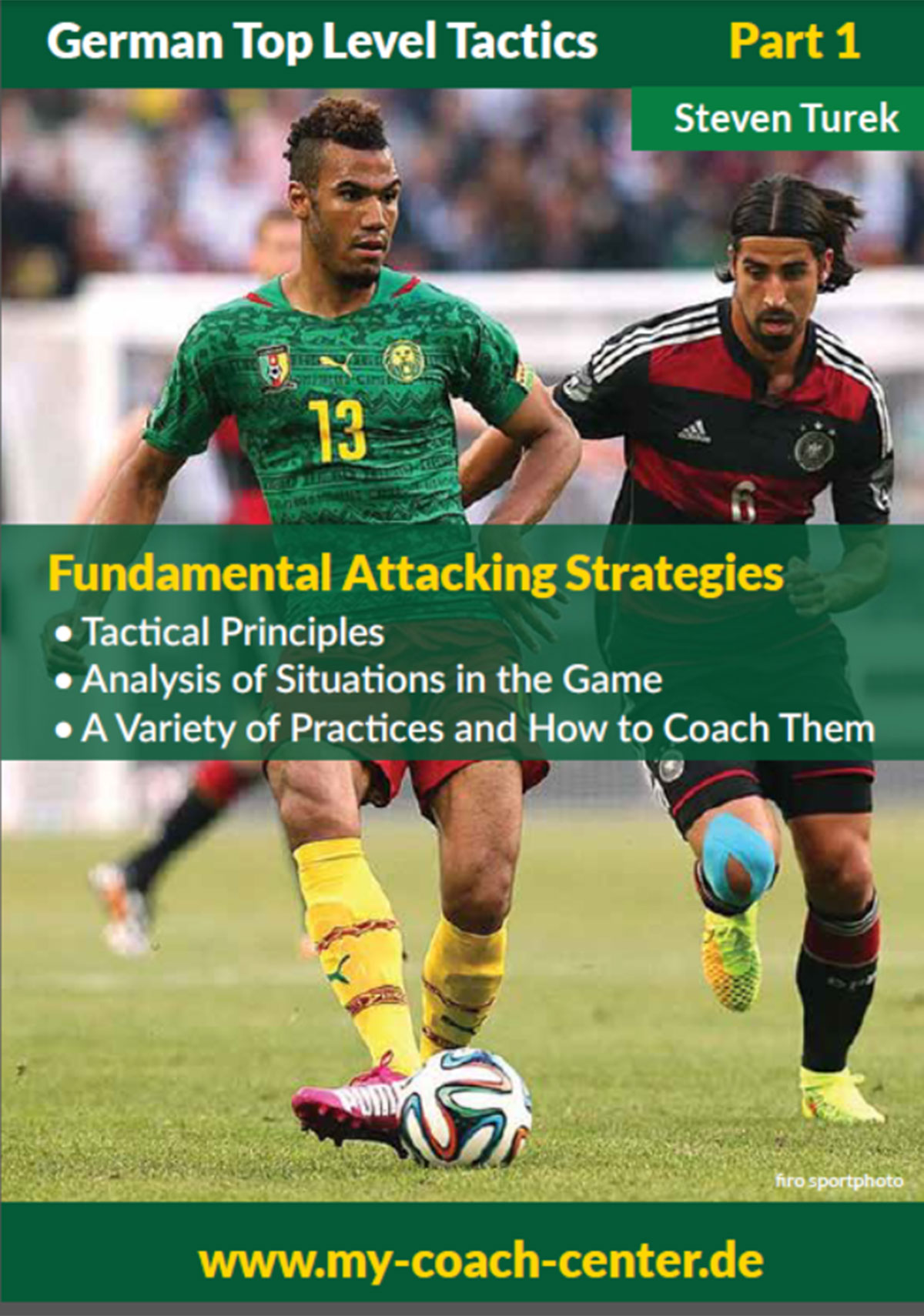 the soccer-game today is as seen from a defensive point of view, shaped by the ball-orientated defending. The defensive chain of four players is not even in the lower leagues a sensation anymore. Spaces to play shrink and thus, the attacking play is made more difficult. Therefore, it is important to create strategies against tight defensive formations. But even sophisticated attacking strategies only function if certain fundamental principles are well developed. Eminently important for this purpose is it to cleverly open and use spaces and passing-lanes. This includes individual technical skills and abilities as well as a developed and aligned group-tactical behavior.

The idea behind this eBook: Based on definite match-situations, solutions will be presented which can be trained in small groups as well as in a complex exercise.

I came to know Steven Turek as a young talented coach. It was my pleasure to help him converting the idea and accompanying him with the creation of this eBook. It contains and provides knowledge of tactical analyses and attractive exercises usable for coaches of all levels.

We hope that the eBook contributes to the improvement of your team’s performance. 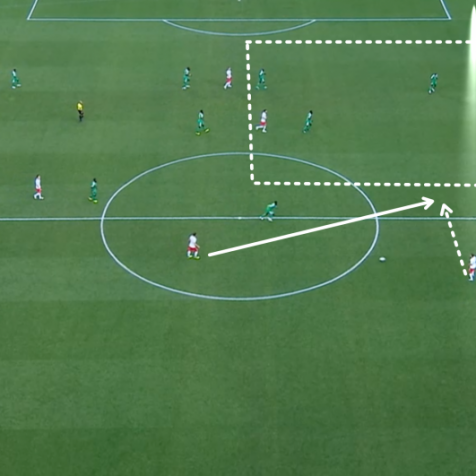