In this soccer passing drill, the focus lays on the correct timing of releasing and offering as well as the technical execution. As a basic principle, every pass shall be played as sharp as possible (pace of playing), but as soft as necessary (teammate must be able to control the ball safely)

Organization: According to illustration. The starting player dribbles towards the dummy and player A releases in an arch-sharped run from the second dummy and is passed to. 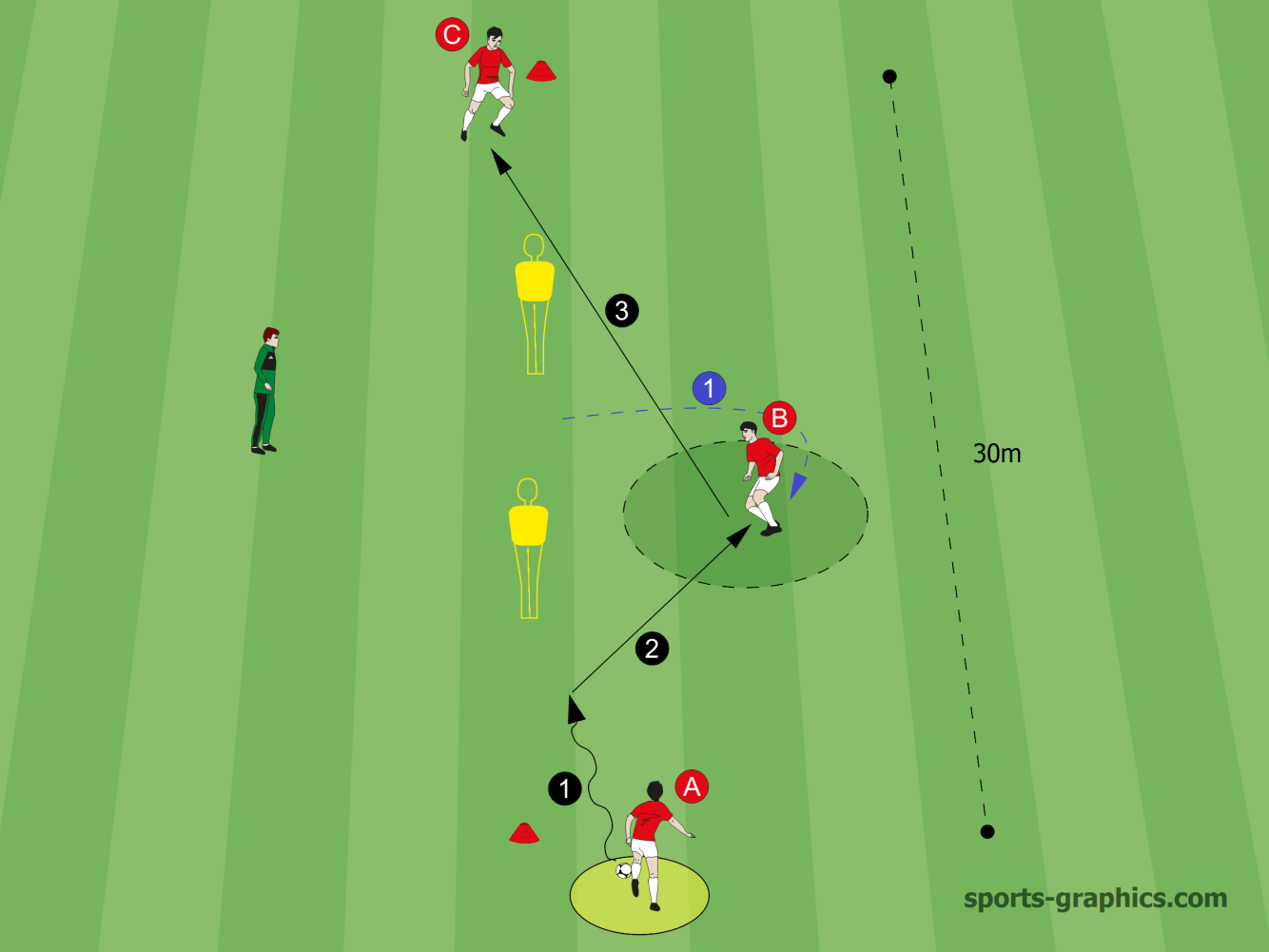 Variation 1: While player A starts an initial dribbling, B releases sideways into a half-open position. The pass is played with the left and received with the right one and forwarded with two touches with the left foot. Change of positions after 5 (10,15) combinations. 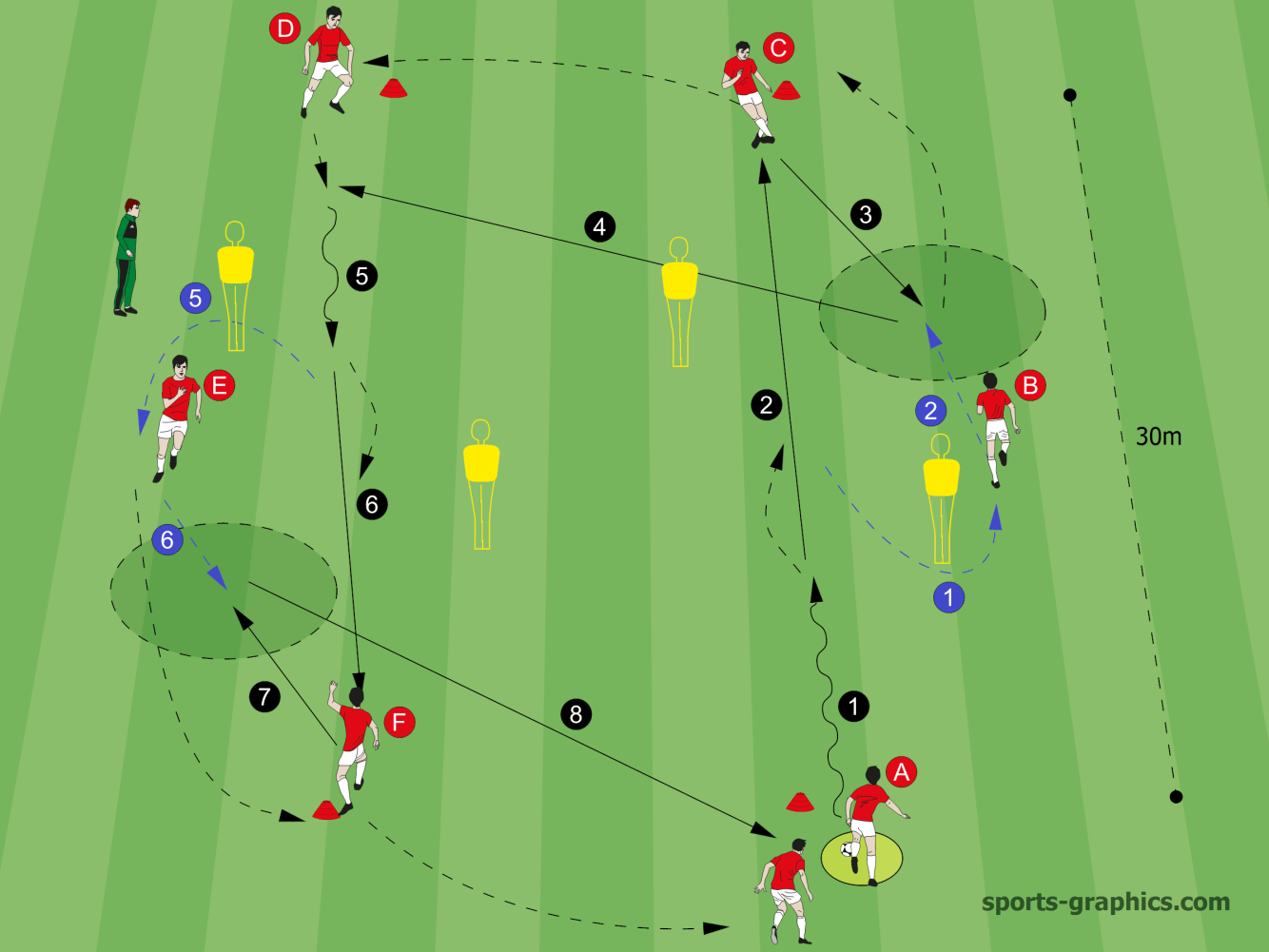 A starts an initial dribbling. Player B opens with a short sprint the vertical passing-lane (timing: first the dribbling, then the sprint to open the passing lane!). With the played pass to C, B approaches C and passes to the parallel set up group (D). Here, the same combination is performed. Position Changes respectively one station further. 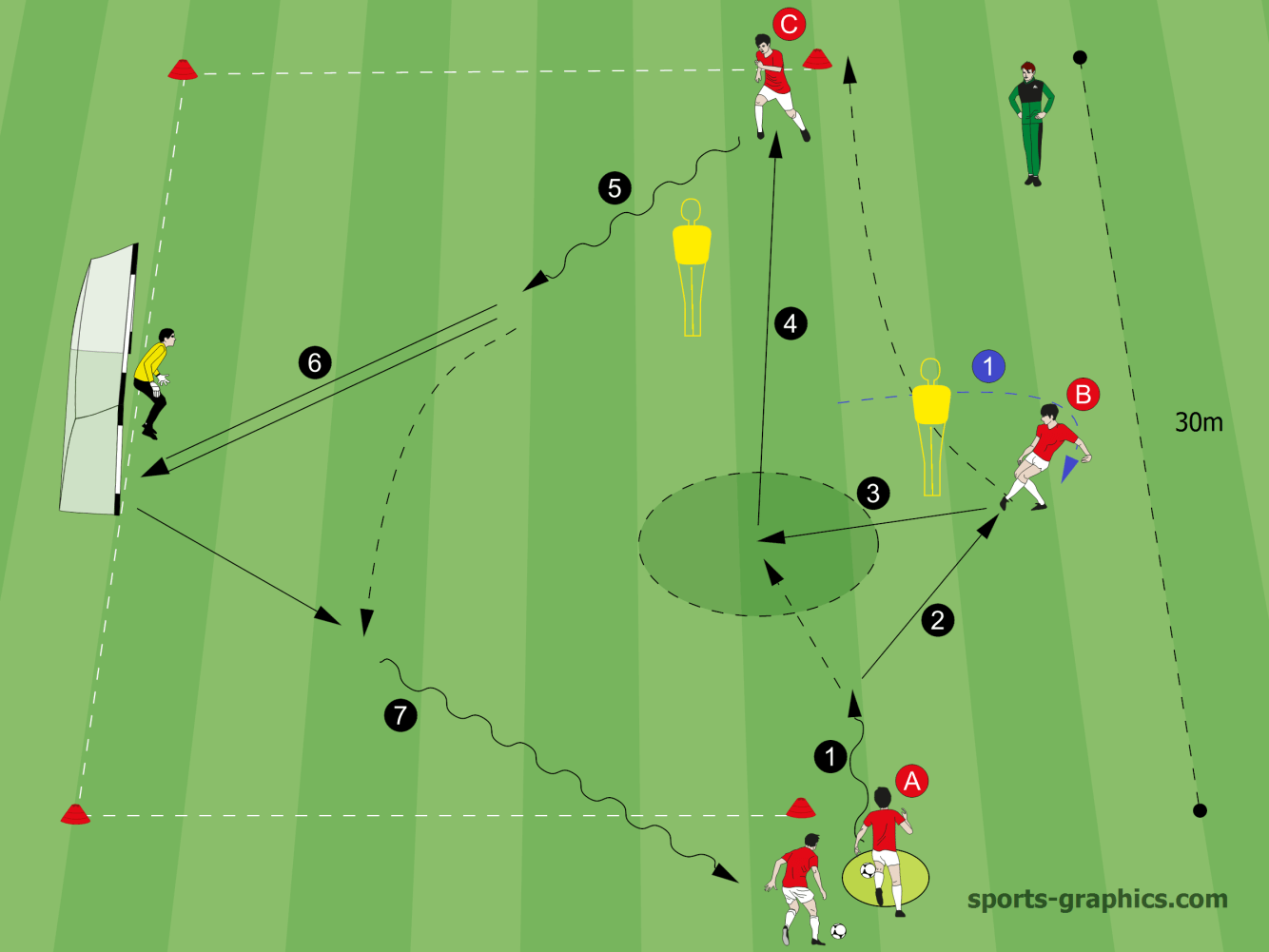 While A starts an initial dribbling, B laterally releases into a half-open position. The with the left foot played pass will directly be back passed with the right foot (command: “Return!”). The return-pass is played diagonally (avoid cross passes). The ball is directly forwarded to C. C receives the ball into movement, finishes on the goal and lines up at the starting point. All players move one position further. Reorganize the dummies after 5 minutes to train the other side. 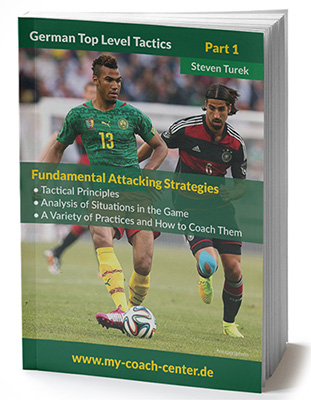 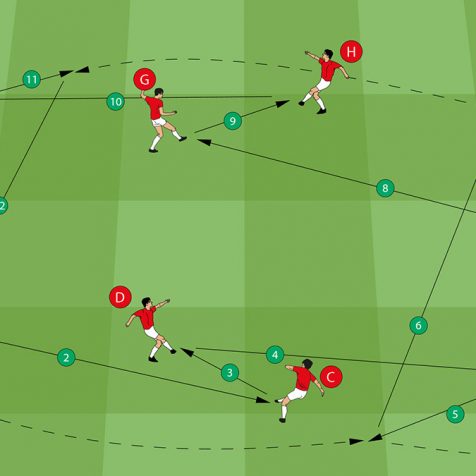 Improve Your Passing Accuracy With This Through Passing Soccer Drill