Cones are used to mark the players’ positions. Sticks are placed to draw the passing channels.

Distances must be created according to the given age-group.

Players start this soccer passing drill from positions A.

Two variations are performed. Players start performing their movements from the given positions and combine with each other according to the two variations.

Player B approaches and combines with Player A to get back the second pass from Player A in angle (3). Player B receives the ball in an open body position and dribbles (4)laterally to open the passing channel and performs a well weighted pass (5) to Player C. Player C starts to sprint to the space when Player B dribbles. 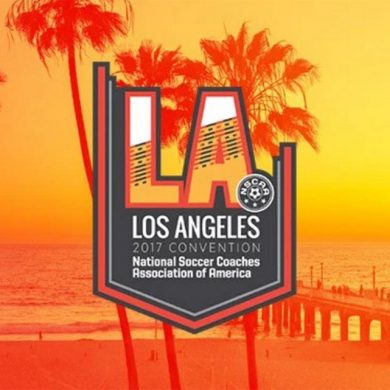 Meet Peter Schreiner at the NSCAA Convention 2017 in Los Angeles