Pressing in Soccer: Images of How Not To Do Midfield Pressing

The lone striker is not connected with his defending team-mates.

The first diagram illustrates bad tactical behavior on the part of the striker closest to the ball. He steps outside the defensive compactness of his team, creating plenty of empty space. The opposing # 6 can easily show for the ball. In addition, all defending players around have too much distance to cover in case they can attack.
. 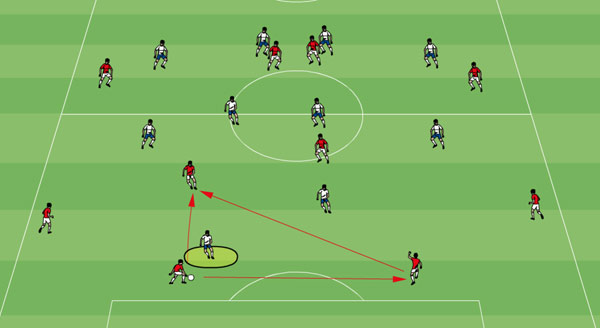 The next bad positioning shows both strikers playing next to each other. This allows an easy pass into the central area. 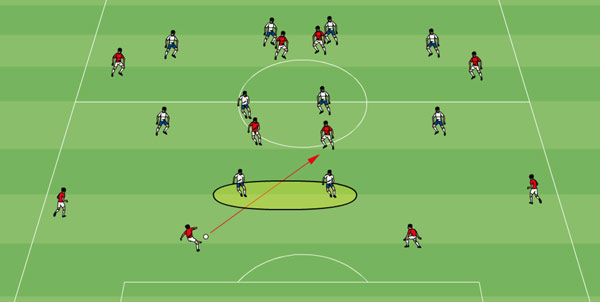 Wing Players Playing Too Close To the Center

Let us examine the positional play of the defending wing-player closest to the ball. He has moved too much inside. He does close down some passing lanes this way, but needs to run a long distance when challenging; he will also find it difficult to close down the outside lane and cannot channel the ball to the inside. 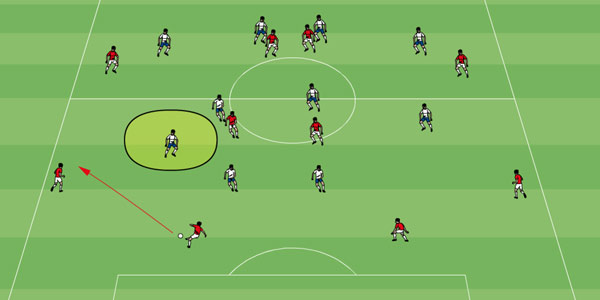 Defending Wing Player Too Far to the Outside

The following diagram shows the problem with staying too wide.  The outside player is now cancelled out but will not be considered for a pass, encouraging a pass further down. 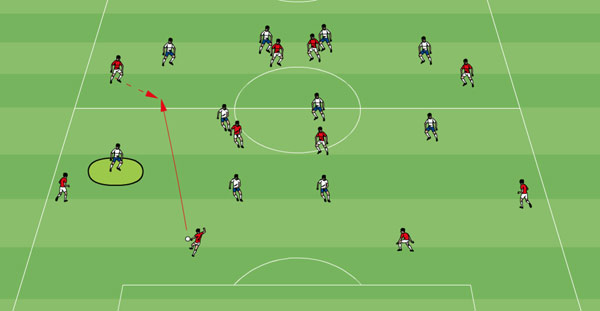 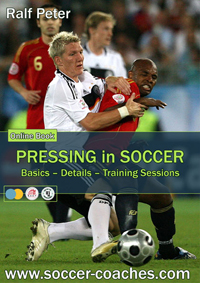 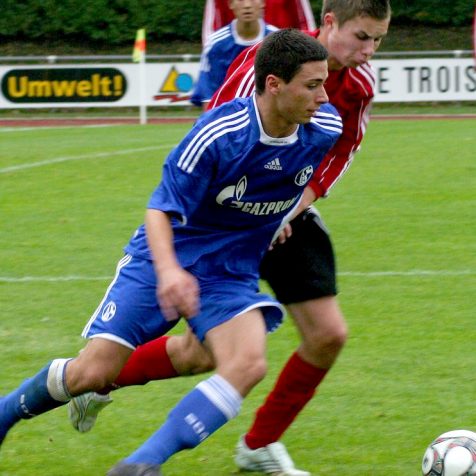