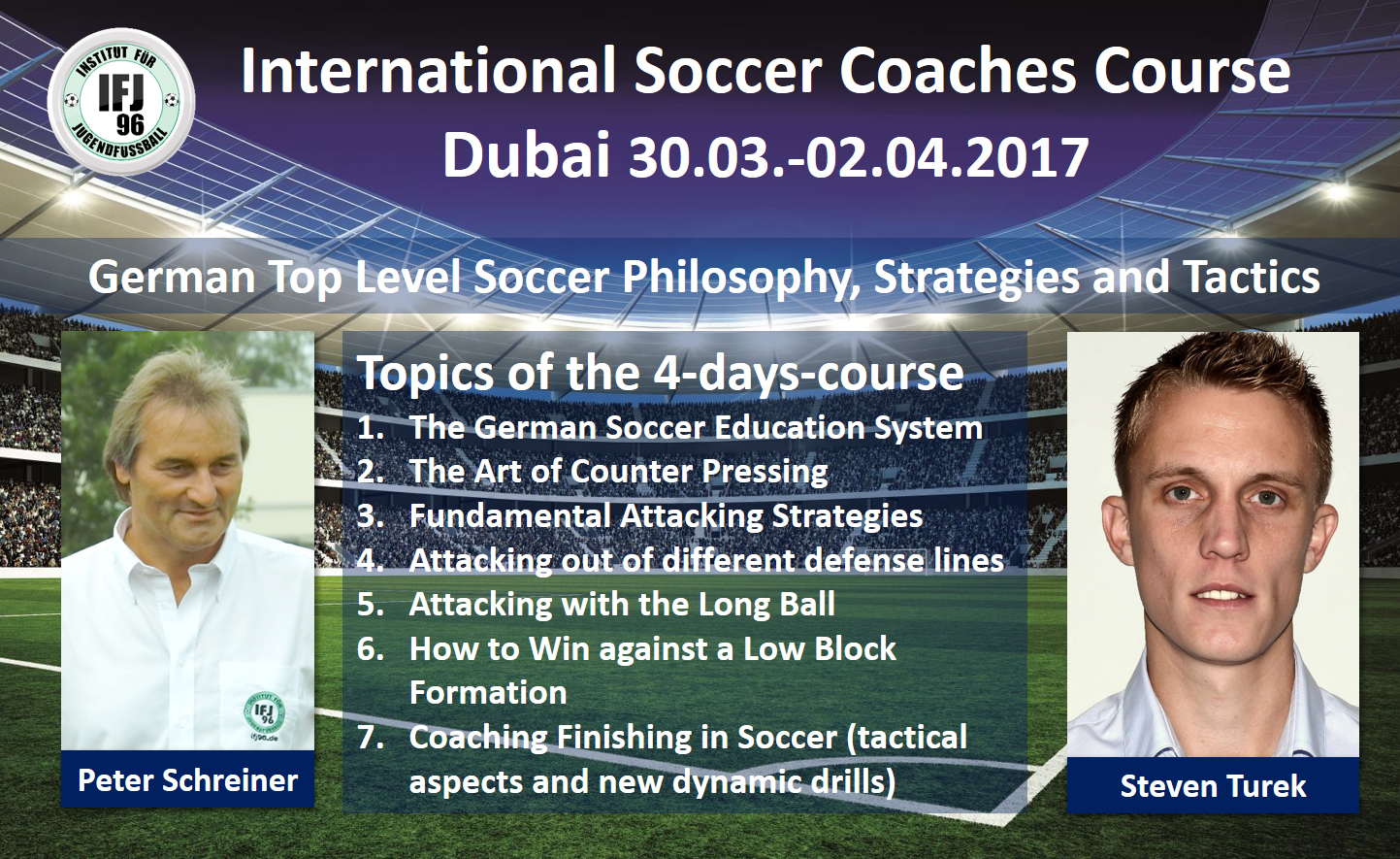 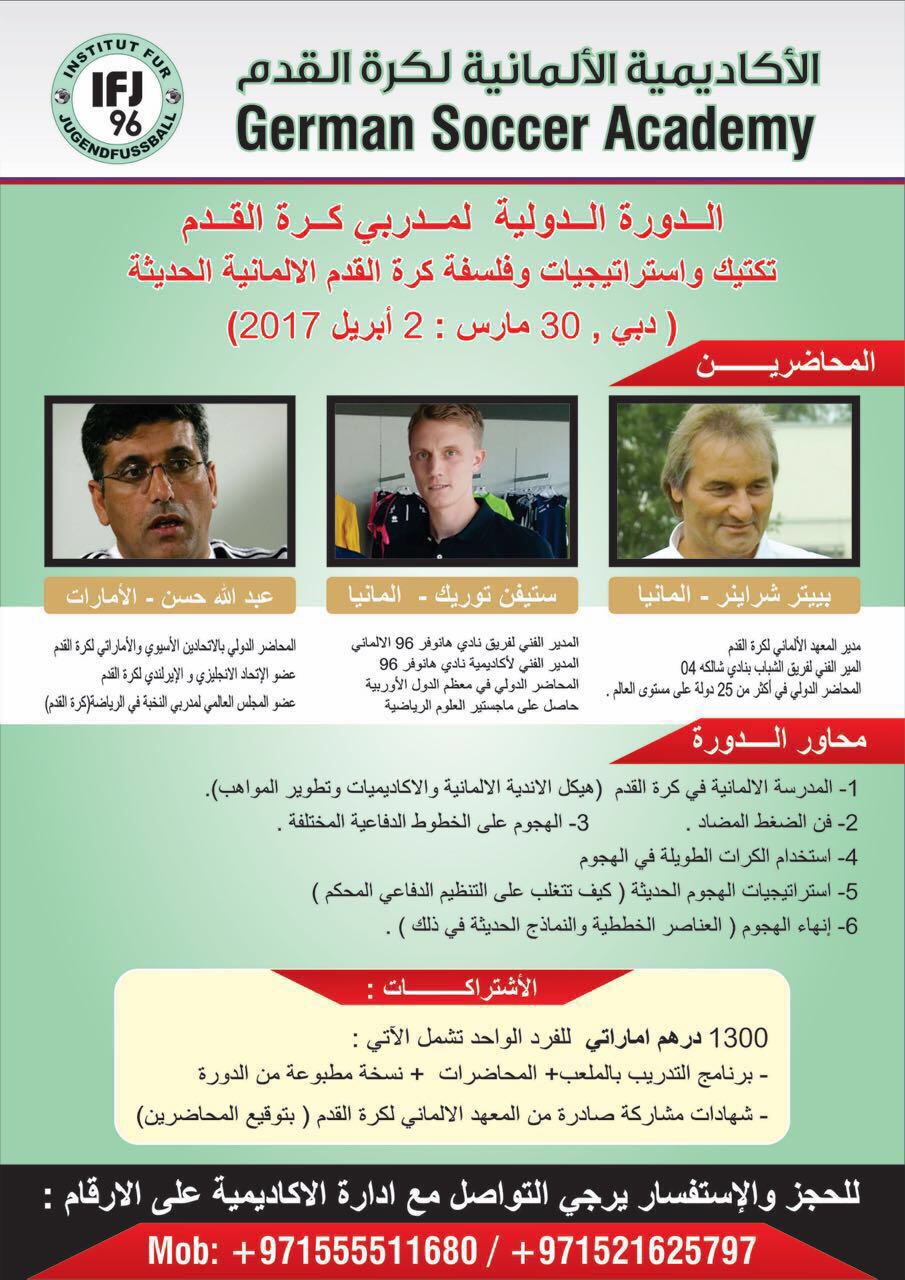 German Top Level Soccer Philosophy, Strategies and Tactics – The Secrets behind the German Success in Soccer

If you want to get more information or to register please contact:

Fundamental ideas about attacking out of different systems of play. Detailed information for build up and finishing situations like:

Attacking out of the Back Three

Small sided games to get a feeling for the fundamental principles and game like exercise to use the ideas in games.

Attacking with the Long Ball

In the age of Tiki Taka and short passing philosophies a different philosophy has its place. But what kind of players do you need to successfully apply this strategy? In which situation does a long ball make the most sense?

The Art of Counter Pressing

The modern soccer strategy ‚counter pressing‘. Used by the world’s best teams like FC Barcelona, Bayern Munich and much more! Winning the ball back as quick as possible! But how exactly does it work? Exercises and drills to perfect counter pressing in every training session.

Modern Attacking Strategies – How to Win against a Low Block Formation

Do you know one of the most sentence in interviews and analysis after matches, especially when a team lost? “We had enough scoring opportunities but we missed to use them.” So, what are the common mistakes made by strikers and how can we help them to get goal getters? Peter Schreiner will give lots of information and drills to improve your players to score. 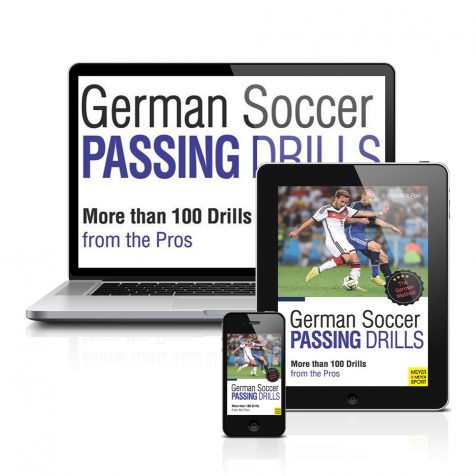